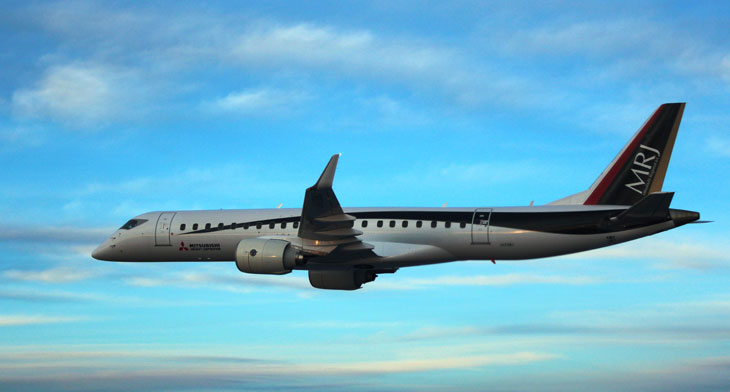 Mitsubishi Aircraft Corporation is forecasting a “bow wave” of regional jet replacements in North America between 2022 and 2027.

The manufacturer of the Mitsubishi Regional Jet (MRJ90) – due to enter into service with Japan’s All Nippon Airways in 2020 – said at the annual Regional Airline Association conference in Long Beach, California that nearly 900 aircraft are up for replacement in that five-year period. North America’s shift towards larger jets from the smaller 50-seater segment continues, it added, with the company foreseeing “demand for a long-term increase.”

The current scope clause restricts it from selling the 76-seater MRJ90 in the US at present, with the Japanese OEM saying that it expects that situation to “continue in the near-term.” However, it continued, “History has shown a relaxation post-Entry Into Service of new generation aircraft,” and that the MRJ90 was “nicely positioned for US scope relief.”

The smaller MRJ70, around a year and a half behind the MRJ90 in terms of its development programme, will be “an ideal replacement aircraft for the smaller jets coming up for replacement. It’s the only clean sheet design that is scope clause compatible.”

With the cost of fuel having risen 18% in the last six months alone and unlikely to come down, it added, it is another reason why airlines are moving towards new generation aircraft technology.

Mitsubishi currently has over 200 firm orders for its regional jet and nearly 400 commitments, despite having suffered several lengthy delays in its development.

The flight test programme for the MRJ90 is continuing on schedule, with four test aircraft in the US and two more to be added next year. The first MRJ70 has also started construction, although Mitsubishi says it has not accelerated the development programme for the smaller sibling aircraft.