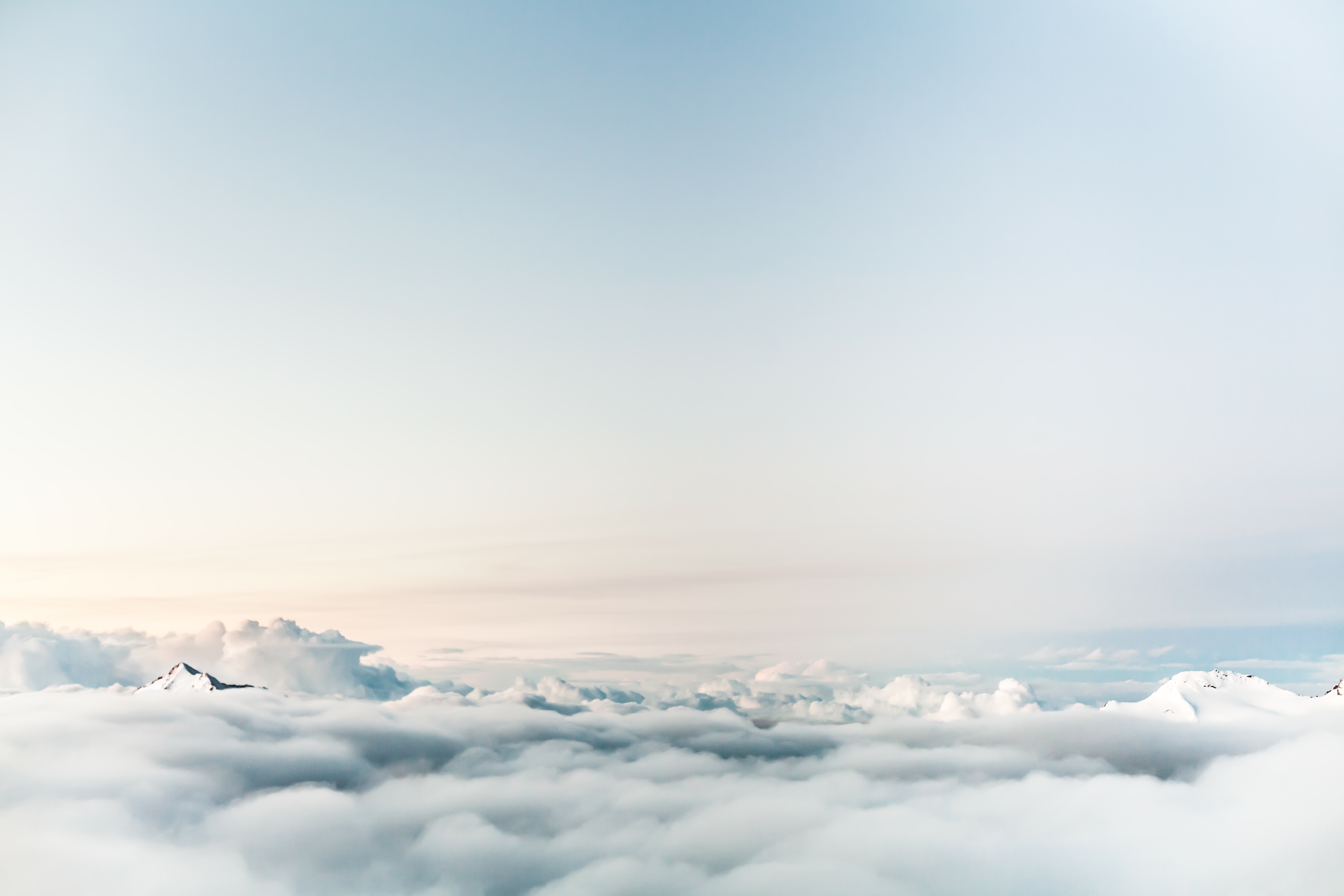 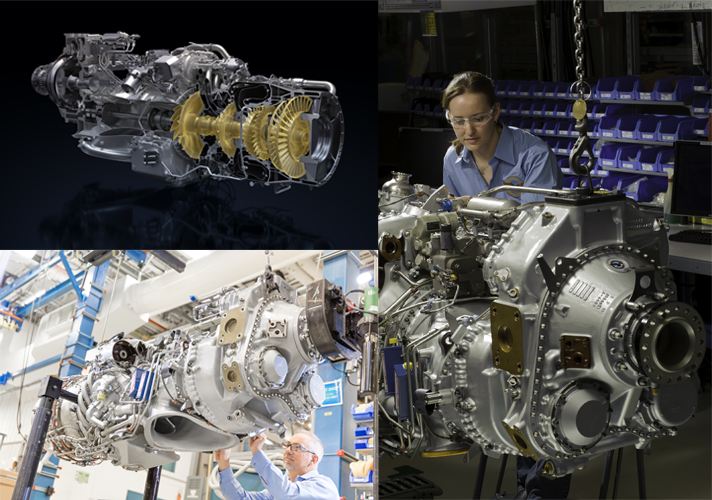 We have had a highly positive response to our new PW127XT Engine Series which we unveiled at the Dubai Airshow in mid-November 2021. The new engine takes aim at reducing regional airlines’ cash operating costs and offers 40% more time on wing, a 20% reduction in engine maintenance costs and a 3% improvement in fuel efficiency.

ATR has selected the engine — the PW127XT-M to be exact — for future ATR 42/72 regional turboprops and their order book is expanding. We are advancing with the engine certification testing certifying the engine with Transport Canada which we anticipate for summer this year, followed shortly thereafter by aircraft certification and first aircraft delivery.  The ATR announcement was made as the OEM was celebrating its 40th year of operation. Since its inception, ATR has exclusively used our PW100 regional turboprop family for its aircraft.  It was a fitting way to mark the milestone.

As you know, regional turboprops consume up to 40% less fuel and emit 40% less CO2 emissions than regional jets on flights of up to 400 nautical miles. With its 3% improvement in fuel consumption, the PW127XT builds on that inherent advantage. The reduction in maintenance costs come primarily from design and component efficiencies extending the intervals for scheduled maintenance. In a common 10-year period (assuming typical mission lengths and 2,000 annual flying hours) the previous PW127M engine required three scheduled events — a hot section inspection, an overhaul, and finally a second hot section. With same usage on the PW127XT-M, only two scheduled events — a hot section and an overhaul — would be required in the 10-year period.

We purpose-built the PW127XT engine series for the regional mission and incorporated the latest materials and technologies delivering more efficiency and extended time on wing. The engine has a reduced turbine operating temperature and features design changes for additional durability in hot and salty environments.

The introduction of the new engine is consistent with our track record for the past near-40 years. Our PW100/150 engine family helped build the regional aviation industry. Today, nine out of every 10 regional turboprops in the 30-to-90-passenger category are powered by Pratt & Whitney Canada engines and no one can match our depth of expertise or dedication to the regional turboprop segment.

Pratt & Whitney Canada has produced 38 PW100/150 engine models for different aircraft, and we currently have 6,600 engines flying with more than 520 operators located around the world. In addition to ATR aircraft, the engine family also powers Embraer’s EMB120 Brasilia, Xian Aircraft’s MA60 and De Havilland’s Dash 8 series, to name a few.

More of a Good Thing

Given the rapid success of the PW100 engine family, it was not long before non-regional aviation OEMs got on the bandwagon. More than two decades ago, Airbus Defence and Space (ADS) selected an engine from the PW100 family to power its versatile C295 Tactical Airlifter. Because of the attributes of the aircraft’s twin PW127G engines, the C295 can operate effectively in virtually any environment from high heat and humidity to desert climates and arctic storms. ADS offers the aircraft in a variety of mission configurations ranging from firefighting to search and rescue, from troop transport to humanitarian services, and from medical evacuation to air-to-air refuelling. It can also easily handle unpaved airstrips that larger aircraft cannot accommodate.

De Havilland additionally uses the PW123AF for its Canadair CL-415 water bomber which the company claims is the most productive aviation fire-fighter in the business. Canadair says the aircraft can stay on the fire for more than three hours at a time and only return to base for fuelling three times a day.  In March of this year, De Havilland announced the DHC-515 Firefighter, a new generation of the iconic aircraft that can refill its water tanks in 12 seconds by skimming the surface of local bodies of water.

Our PW100/150 engine family has grown so quickly in popularity and application also because of the global support network we have built around our operators over the past four decades. Aside from our physical network of more than 50 facilities strategically located around the world, and our teams of Field Support Managers and Mobile Repair Team technicians, we also have a suite of specialized engine maintenance services designed to meet operator needs for every stage of the engine’s lifecycle.

Many regional airlines opt for our comprehensive Fleet Management™ Program (FMP®) which is designed for the regional market to maximize long-term engine value while easily managing sizeable engine fleets. The FMP offers superior predictability of engine maintenance costs. The program can be used to guarantee costs and tailored to suit individual airline needs and specific operating environments — making it an effective financial and maintenance planning tool.

Our FAST™ diagnostic and prognostic solution is also playing an important role with many of our Regional Airline customers and is the cornerstone our Digital Engine Services portfolio. FAST — the acronym stands for Full flight data Acquisition, Storage and Transmission — is helping our customers plan their maintenance activities, reduce their operating costs and increase aircraft availability. The technology gives customers a connected engine that is helping them evolve the way they run their business.

FAST has been certified for both ATR and de Havilland’s Dash 8-400 aircraft; and more than half of Dash 8-400s flying today are equipped with FAST.

Toward a Sustainable Future

Pratt & Whitney Canada engines — including the PW100/150 family — have been certified since the late 2000s for up to a 50% blend of Sustainable Aviation Fuel (SAF) with standard jet fuel. Pratt & Whitney, along with many of its OEMs, is dedicated to creating a greener future for our aviation products.

In February, ATR flew a new PW127XT engine on its ATR 72-600 prototype aircraft fueled with 100% SAF. The SAF was produced from renewable waste and residues of raw material, such as used cooking oil. We are currently working with ATR and Braathens to support certification of ATR aircraft for 100% SAF by 2025.

Last year, we introduced our Hybrid Electric Propulsion technology and flight demonstrator program which uses a De Havilland Dash 8-100 aircraft as a demonstrator platform. Pratt & Whitney is developing the hybrid engine, the electric motor of which will be developed by our sister company Collins Aerospace. We expect this hybrid electric propulsion technology will deliver a 30% improvement in fuel consumption and CO2 emissions. Ground tests will be conducted this year with flight testing in 2024. It will, of course, be SAF-compatible and function as a learning platform with the ability to scale the technology both up and down to serve multiple aircraft applications.

We continue to invest in our products and new technologies across all our market segments.  We also work closely with the broader industry to establish standards and collaborate to address challenges at a system level, especially in the areas of alternate fuels and innovative engine technologies.  This year will be an important one for Pratt & Whitney as the PW127XT goes into commercial production and we announce later in the year some of the new and innovative support services we are bringing forth to support it.