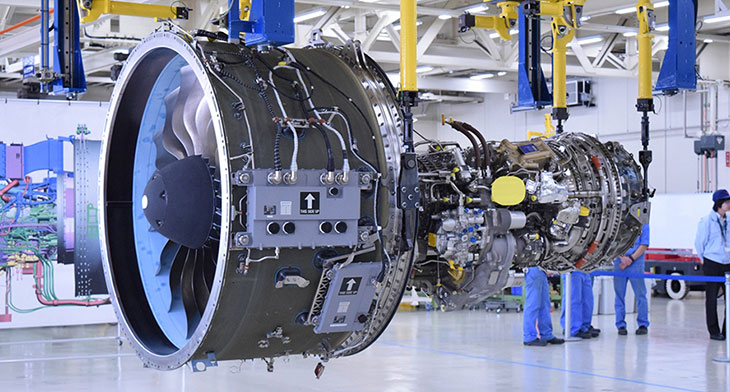 The engines, which have been powering the MRJ90 test fleet, have so far been built at P&W’s facility in Canada. But this milestone saw the first PW1200G engine assembly completed at MHIAEL in Komaki, Japan and successfully passing Pratt & Whitney’s production acceptance test. The engine is also designated to be used in the MRJ flight test programme.

“Thanks to extensive and close co-operation with Pratt & Whitney, MHIAEL is developing a facility in Komaki to perform final assembly of the PW1200G engine powering the MRJ,” says Katsuyuki Shimauchi, president and CEO at MHIAEL. “We’re gearing up intensely as we prepare for production by building the capacities and expertise we need to perform this critical work. Our facility is in the process of obtaining approval from the US Federal Aviation Administration to produce these engines.”

The MHIAEL facility in Komaki will be one of two production assembly and test sites for the PW1200G engine, the other being at Pratt & Whitney’s Mirabel Aerospace Centre.

“The assembly and test of the first PW1200G engine at MHIAEL in Komaki is a key milestone for the PW1200G programme,” said Graham Webb, vice-president, Pratt & Whitney commercial engine programmes. “We greatly appreciate our long-standing partnership and high level of collaboration with the MHI Group. Congratulations to the MHIAEL and Pratt & Whitney teams that ensured this achievement was successfully accomplished.”

The MRJ90 is powered exclusively by Pratt & Whitney’s GTF engines, with the regional jet due for delivery to All-Nippon Airlines mid-2020.