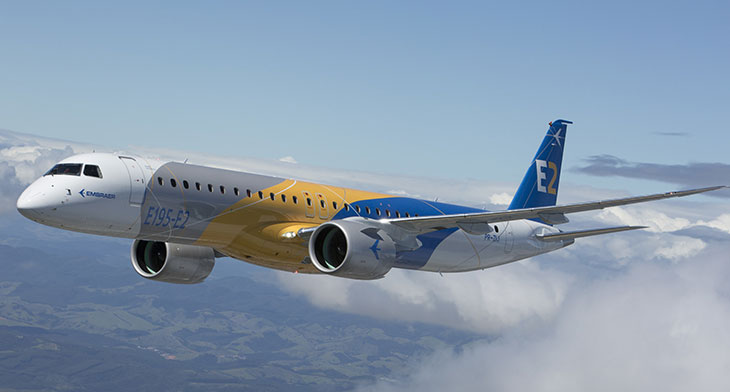 The E195-E2 is expected to enter into service in the second half of 2019 with Azul Brazilian Airlines.

“We are excited to receive the GTF production engines for the initial serial production of the E195-E2, as we know firsthand the advantages that these engines provide to our customers and the environment,” said Fernando Antonio Oliveira, Embraer’s E2 program director.

Graham Webb, vice-president of Commercial Engine Programs at Pratt & Whitney, said the delivery of the first production engines for the E195-E2 was an “important milestone” for the programme.

Embraer’s E190-E2 aircraft, which is also powered by the Pratt & Whitney PW1900G engine, entered service in April 2018 with Widerøe, followed by Air Astana in December 2018.

In addition to being selected as the exclusive propulsion system for the E2 commercial aircraft, Pratt & Whitney’s APS2600E auxiliary power unit (APU) is the sole-sourced APU for the E2 family.

Pratt & Whitney said the E195-E2 aircraft has more than 24% reduction in fuel burn per seat than the previous-generation E195, with NOx emissions 50% below the ICAO CAEP/6 regulation and 19dB to 20dB of ICAO Chapter 4 cumulative noise margin.