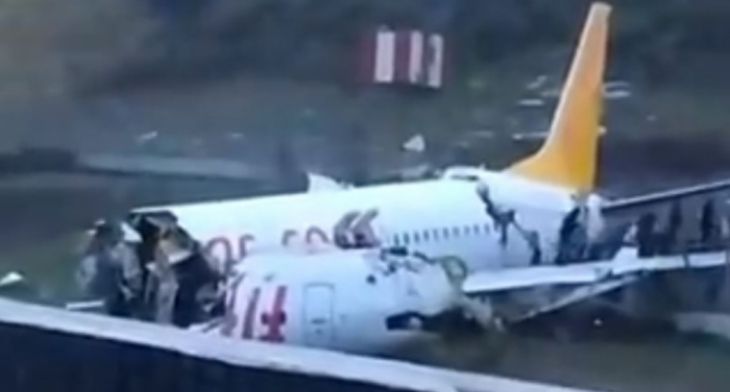 A Boeing 737-800 belonging to Pegasus Airlines has skidded off runway and broken into three pieces at Istanbul’s Sabiha Gokcen airport. Turkey’s transport minister has stated that their were no fatalities, although a number of people have been seriously injured. This was later revised with three people being pronounced dead at the scene.

The accident is thought to have been caused by a heavy landing due to the wet weather.

The majority of those on board were Turkish, but local media have quoted the airline’s records as saying there were 22 foreign passengers from 12 other countries.

Transport Minister Mehmet Cahit Turhan said authorities had not yet been able to speak to the pilots, who were believed to have been injured in the accident.