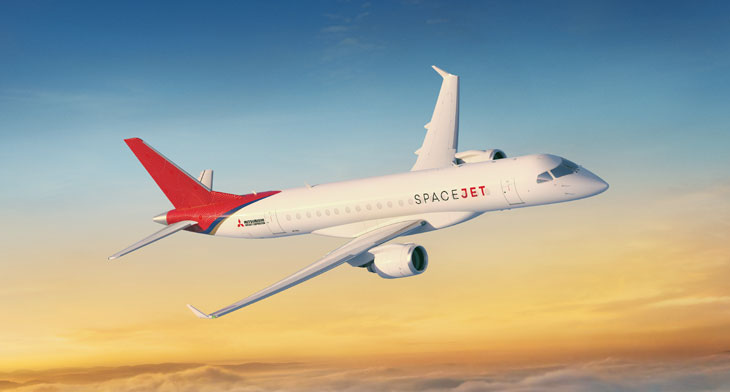 Mitsubishi Aircraft Corporation has entered into a Memorandum of Understanding with a prospective North American customer to begin formal negotiations for 15 Mitsubishi SpaceJet M100 aircraft, with deliveries anticipated to begin in 2024.

“We are pleased to welcome a new airline to the SpaceJet programme,” said Hisakazu Mizutani, president, Mitsubishi Aircraft Corporation. “We have received strong interest in this product from many airlines. They recognise that this family of aircraft will provide them with the ability to give their passengers an excellent experience while also delivering unmatched performance, creating new profit potential.”

The SpaceJet M100 is the latest member for the Mitsubishi SpaceJet family – which includes the SpaceJet M90 (previously known as the MRJ90) – and evolved from the concept study for the now retired MRJ70. In the US market, Mitsubishi Aircraft Corporation says the aircraft is optimised to be scope clause compliant in the 65-76 seat, three-class-cabin configuration, and can also be flexibly configured for other global market needs up to 88 seats in a single class.

The company said the new agreement “re-affirms the market demand” for its regional aircraft, “particularly in the North American market.”