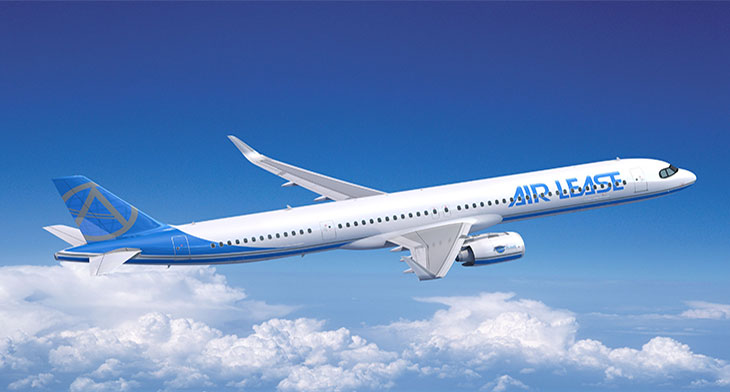 Air Lease Corporation (ALC) has signed a Letter of Intent (LOI) with Airbus for 100 aircraft comprising 50 A220-300s and 27 A321XLRs – and also including an incremental order for an additional 23 A321neos.

The A321XLR – which Airbus says is the next evolutionary step from the A321LR, provides extra-long range for airlines of up to 4,700 nm – 15% more than the A321LR and with 30%-lower-fuel-burn per seat compared with “previous generation competitor aircraft.”

Speaking at Paris Air Show, Steven Udvar-Hazy from Air Lease Corporation said the deals with Airbus marked “a historic announcement on two fronts.” Firstly, ALC will be the launch customer for the A321XLR. ALC was also the launch customer of the A321LR and Udvar-Hazy said: “We’ve had huge success… now with the XLR, it opens a whole new dimension of routes.”

In response to media questions, John Plueger, chief executive officer and president of ALC, also commented: “As with the A220, we respond to our customers and in an overall way – we see the potential for at least 50 new airline customers that will include the A321XLR in its portfolio over the next five years.”

The second phase of the order, comprises of 50 A220-300s. Udvar-Hazy said: “We believe this aircraft will be a wonderful replacement of ageing A319, Boeing 737… and other smaller jet aircraft.”