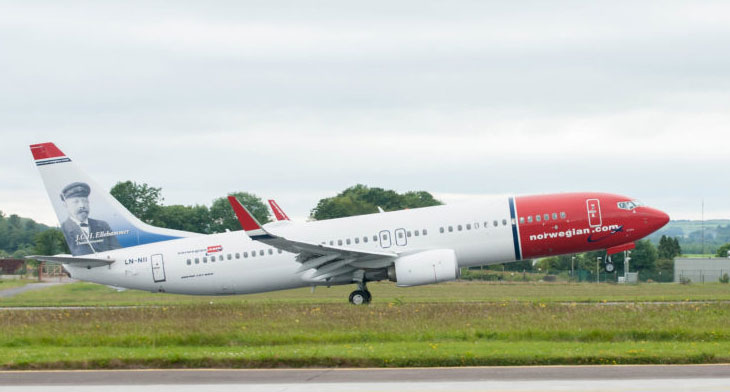 A briefing for investors of the Scandinavian low-cost carrier Norwegian warned of a US$35-58 million loss over the coming six months due to the grounding of its Boeing 737 MAX fleet.

Norwegian’s chief financial officer Geir Karlsen stated the estimate was based on the prediction that that MAX fleet would not be back in the air until August at the earliest. Although he declined to give a more detailed breakdown of the costs, for what he described as “obvious reasons”. He did confirm that the carrier is in discussions with Boeing over the costs incurred by the grounding but added that these talks are subject to a non-disclosure clause.

The airline currently has 18 MAX aircraft grounded since the worldwide ban came into place. In order to maintain its scheduled flights it has contracted in wet-lease partners in order to support its operations.

Norwegian is set to take delivery of 16 MAX jets this year, although Karlsen said he does not expect them to by flying any kind of service this year.