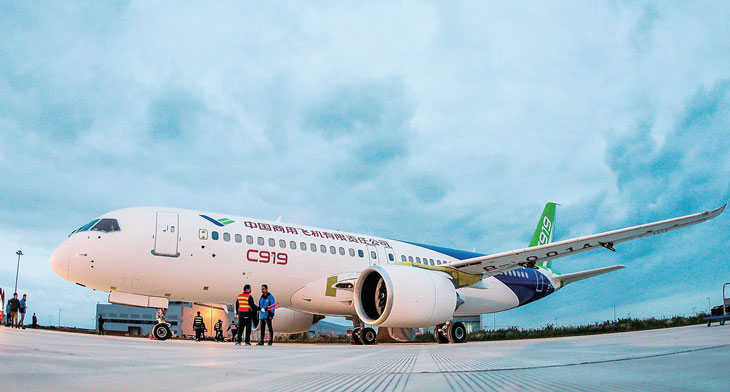 No rush for China’s Comac C919

As China prepares to fly a further two C919 prototypes later this year, the timeline for the aircraft to enter service has been adjusted again.

A Comac company statement stated that all of its prototypes will undergo a 1,000 flight-test hours programme over the next two years. This means the original target date of 2020-2021 for entry into service will now shift to 2022. Chinese media outlets say production manufacturing will commence late in 2019, while planned aircraft deliveries to China Eastern Airlines will occur in two to three years. Comac stated “scientific research and production work” continues to progress in an “orderly manner.”

Two jets coded 105 and 106, are the last two test-jets to enter final assembly at the company’s Shanghai production facility. When these aircraft are completed, they will join the flight-test programme, bringing the total number of C919s being evaluated to six. The current four prototypes are undergoing flight, static and other ground testing at Xi’an, Shaanxi province, Nanchang in Jiangxi province, and Shandong’s Dongying.