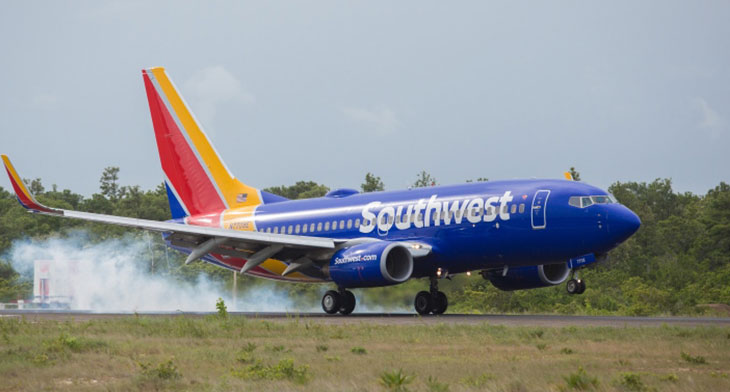 No Quick-fixes at Southwest

Southwest Airlines has asked a federal court to step-in to its battle with mechanics by imposing that they stop writing up minor maintenance issues. The airline claims that it’s a prohibited job action designed to obstruct the airline’s operations.

Filed on 28 February with the US District Court for the Northern District of Texas, the Dallas-based carrier laid out its case stating that the Aircraft Mechanics Fraternal Association (AMFA) is coordinating the action as part of ongoing and contentious contract discussions that began in mid-2012. The latest trouble began on 12 February, less than seven days after the most recent mediated negotiation session between the two sides concluded.

The airline said within its filing that: “Southwest began to experience an unprecedented number of aircraft out of service despite no change in leadership and no change in policies or procedures.” It continued, “Given the timing of the recent talks and the nature of the write-ups, it appeared that the AMFA and its members were organising and encouraging Southwest mechanics to unnecessarily write up maintenance issues in order to remove aircraft from service and disrupt Southwest’s operations in an effort to gain an advantage in contract negotiations.”

The out-of-aircraft count, which averages about 14 per day during normal operations, increased to 35 on 12 February, and rose steadily each day, peaking at 62 on 19 February.

Southwest has a fleet of 752-aircraft and can withstand about 35 aircraft out of service and still complete its schedule. When more than this are out of service, it is impossible to meet regular customer flights. At its peak the out-of-aircraft count forced the airline to cancel more than 10% of its 4,000 daily departures. Looking back through its records over the last three years the airline said the number of out-of-service aircraft cannot be clearly explained.

Operational emergency essentially requires all-hands on deck to address the increased workload created by the maintenance write-ups. For the mechanics, only existing holidays requests are permitted.

AMFA insists that its 2,400 mechanics with Southwest are working to rule citing: “No matter how small an issue we may find with an aircraft, we have obligations mandated by the FAA to repair and make aircraft airworthy,” said national director Bret Oestreich.

The spat between the airline and the AMFA centres on a third-party work provision introduced during the last round of talks. Southwest wants to move work sent to third-party shops within the US to overseas vendors, and in the process increase its offer to AMFA. This is disputed by the union.