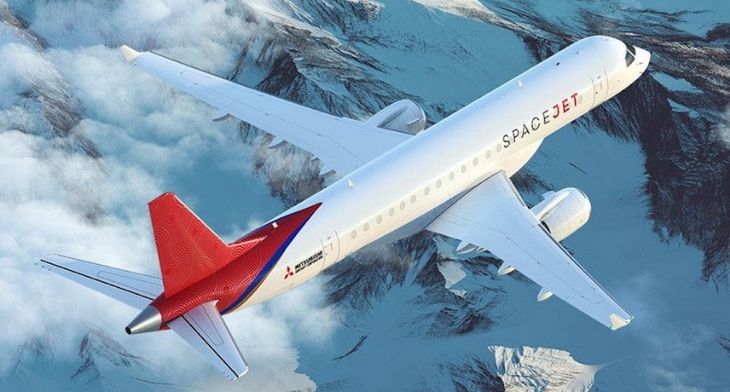 A new delay has impacted Mitsubishi’s Spacejet programme, which means complete type certification for the jet won’t be completed this year. The Japanese aircraft manufacturer now says it can’t give a date as to when the aircraft will enter service, until a modified test aircraft has been fully prepared to start test flights in the US, later this year.

Mitsubishi Heavy Industries (MHI) revealed the sixth delay to the programme following a quarterly financial briefing. A spokesman for MHI said that the decision to push back the type certification follows multiple additional design changes to the 76-seat aircraft. He said that Mitsubishi now has “a baseline certifiable design that will allow us to achieve certification” while adding that “as we gain clarity as to the impact of these changes, it has become clear that we will not achieve certification in FY2020.”

It was in early 2017, Mitsubishi delayed the first of the aircraft that was then designated the MRJ90 from mid-2018 to mid-2020. This was due to revisions to the aircraft’s software in order to meet the revised certification requirements. The revised 2020 date means that the airliner is now seven years behind the original service entry date, which was set back when the programme first launched in 2008.

To date the only confirmed customer for the jet is Japan’s All Nippon Airways.