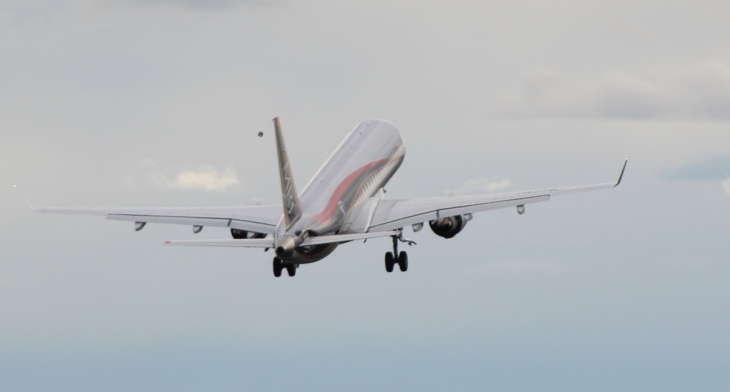 All change for Mitsubishi’s next MRJ model

Mitsubishi Aircraft is planning to reveal specific details on the significant changes it will be making to the smaller of its two MRJ regional jets under development during the Paris Air Show next month.

Chief development officer Alex Bellamy stated on 10 May, that the aircraft formally known as the MRJ70 is now dubbed “the concept” and will seat 76 passengers in three-class configurations. This means the MRJ70 retains its ability to meet the 86,000lb maximum take-off weight limitations, which is designated in the clauses written into the pilot union labour contracts of the three US major airlines. No further specific design details were revealed by Bellamy, who is currently chief development officer for the programme. Two other additional points were, that the new aircraft would retain the commonality with the larger MRJ90 and was expected to enter service in mid-2020.

Mitsubishi considers the US the largest market for the MRJ, and it was presumed that the expected scope clauses at the major airlines would have been relaxed enough to allow operation of the MRJ90 at their regional affiliates. Market conditions and the appetite by the mainline executives to confront their pilot groups over the issues have changed, however Mitsubishi’s customers have clearly indicated they won’t push for further concessions by the time-amendable dates usher in the start of the next round of collective bargaining.

Bellamy stated that: “What we’ve been working on is I think fundamentally improved over what the MRJ70 was. The MRJ70 was a product in a market which was different years before. And where we sit today is a market where scope isn’t going to change, not for the foreseeable future or not for the predictable future anyway.”