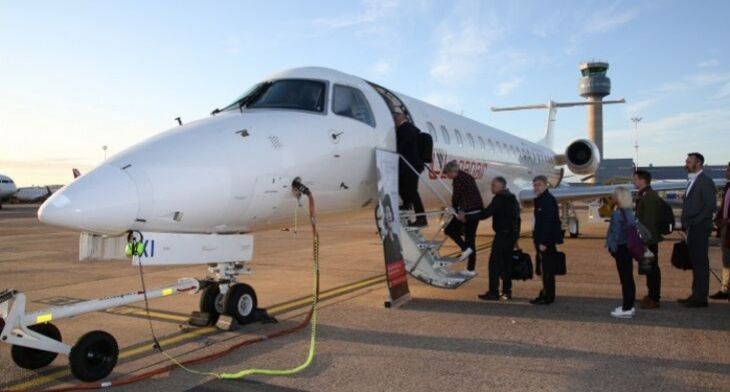 Loganair is expanding its network with the unveiling of six routes commencing in 2020, including new destinations and additional connections linking airports across its route map.

The new routes include Glasgow to Cardiff, marking the first time the airline has connected the two cities, as well as Aberdeen to Haugesund, Loganair’s first route from the South Western Norwegian airport and third from Norway.

The route expansion includes Aberdeen to East Midlands – growing its presence at both airports after being welcomed as East Midland’s newest operator recently, as well as Aberdeen to Brussels with an optimised schedule via Newcastle to significantly reduce journey times compared to current travel options, it said.

The airline will launch it’s fourth service from the North East airport in Newcastle to Bergen, the third route from Bergen.

The airline will also launch a summer seasonal service between Newcastle and Guernsey.

These developments form the latest phase of Loganair’s ‘Where Next’ programme as it expands its network within the UK and across northern and mainland Europe – introducing 19 new routes since the beginning of 2019.

All the services will be operated by Embraer 145 or 135 jets, part of the airline’s fleet of 45 aircraft and will be year-round with the exception of the seasonal link between Newcastle and Guernsey.

“These new routes further expand the airline’s reach across both the UK and Northern Europe – taking our jets to new destinations while introducing additional connections between airports we already serve,” said Jonathan Hinkles, Loganair’s managing director.  “The energy market offers a lot of potential and these routes ensure Newcastle and Aberdeen are connected with Bergen and Haugesund, which in combination with recently announced services from Norwich mean these key energy regions are now easily within reach of one and other as part of Loganair’s overall network.

“Notably, I’m extremely pleased to be able to announce a new route to Aberdeen from East Midlands after being welcomed as the airport’s newest operator only last week – quickly building our presence in the region.

‘We’re also excited to begin serving Cardiff, operating flights between Scotland and Wales’s biggest cities – a route which is as important for business as it is for leisure.”