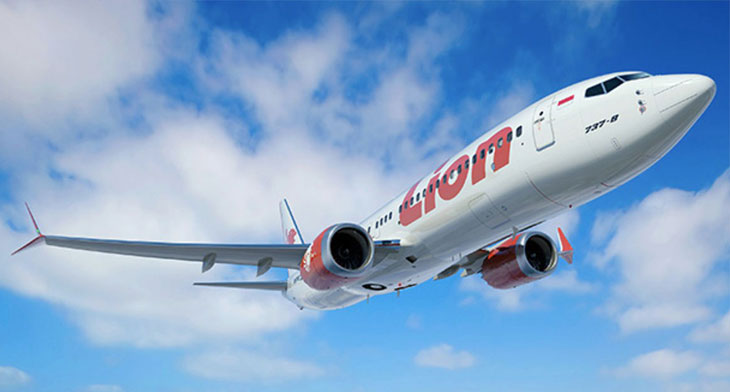 Indonesian investigators from the National Transport Safety Committee have said the Lion Air aircraft that crashed last month killing 189 people was not airworthy and should have been grounded.

The Boeing 737 MAX 8 crashed shortly after departing Jakarta on 29 October. A preliminary report has found technical problems had been reported on previous flights. Investigators say it does not give a definitive cause for the accident involving Flight JT610.

During its previous flight the prior day from Denpasar in Bali to Jakarta, the aircraft “was experiencing a technical problem but the pilot decided to continue,” said Nurcahyo Utomo, aviation head at the NTSC. “In our opinion, the plane was no longer airworthy and it should not have continued,” he said. The committee report itself does not actually state this, however.

The report also indicated that the pilots struggled with the aircraft’s anti-stall automated system. It says the airline should ensure the operations manual is followed “in order to improve the safety culture and to enable the pilot to make [a] proper decision to continue the flight.”

Data retrieved from the flight data recorder of the Max 8 shows that the aircraft’s nose was repeatedly forced down before the pilots finally lost control. The data shows that it pitched nose-down more than 24 times during the 11-minute flight, with the pilots pulling the nose up each time, before eventually losing control. The aircraft’s cockpit voice recorder has not yet been recovered.

Low-cost carrier Lion Air, which also operates Batik Air and Wings Air, is not making any public statements at this time.

An updated Boeing statement today said it was “deeply saddened by the loss of Lion Air Flight 610. We extend our heartfelt condolences and sympathies to the families and loved ones of those onboard.”

It continued: “Boeing appreciates Indonesia’s National Transportation Safety Committee (NTSC) for its ongoing efforts to investigate the causes of the accident. Boeing is taking every measure to fully understand all aspects of this accident, working closely with the US National Transportation Safety Board as technical advisors to support the NTSC as the investigation continues.”

Referring to the preliminary accident investigation report, it’s full statement continued: “The report explains that the maintenance logs for the accident aircraft recorded problems related to airspeed and altitude on each of the four flights that occurred over the three days prior to Flight 610. The logs indicate that various maintenance procedures were performed, but issues related to airspeed and altitude continued on each successive flight. The logs indicate that, among other procedures, on Oct. 27, two days prior to the incident flight, one of the airplane’s Angle of Attack (AOA) sensors was replaced.

“On Oct. 28, before the flight immediately prior to Flight 610, the pilot in command and the maintenance engineer discussed the maintenance that had been performed on the aircraft. The engineer informed the pilot that the AOA sensor had been replaced and tested. The report does not include records as to the installation or calibration of the new sensor, nor does the report indicate whether the sensor was new or refurbished. Although the report states that the pilot was satisfied by the information relayed by the engineer that the AOA sensor had been replaced and tested, on the subsequent flight the pilots again experienced problems with erroneous airspeed data, and also experienced automatic nose down trim.

“The report states that the flight crew of the Oct. 28 flight turned off the stabilizer trim switches within minutes of experiencing the automatic nose down trim, and continued with manual trim through the end of the flight. The report further notes that the pilot performed three non-normal checklist procedures, including the runaway stabilizer non-normal checklist, which is a memory item prescribed by the 737 MAX Flight Crew Operations Manual, and reaffirmed in Boeing Flight Crew Operations Manual Bulletin TBC-19 and FAA Emergency Airworthiness Directive (AD) Number 2018-23-51, as the appropriate procedure to address unintended horizontal stabilizer movement, regardless of source.

“The report indicates that the remainder of the Oct. 28 flight was uneventful and that the flight continued to its destination. The report also states that, after landing, the pilot reported some of the experienced issues both on the aircraft maintenance log and to engineering. The report states that the pilot ran the runaway stabilizer non-normal check list, but it does not state that he communicated that fact in the maintenance documentation following that flight.

“The following day, Oct. 29, shortly after taking off, the pilots experienced issues with altitude and airspeed data that the pilots had previously experienced on the earlier flights, due to erroneous AOA data. Data from the flight data recorder summarized in the report also makes clear that, as on the previous flight, the airplane experienced automatic nose down trim. In response, the flight crew repeatedly commanded nose up trim. This sequence repeated for the remainder of the flight, during which the flight crew was able to maintain control of the airplane for approximately ten minutes. Unlike as is stated with respect to the prior flight, the report does not state whether the pilots performed the runaway stabilizer procedure or cut out the stabilizer trim switches.”

It ended by stressing that, in accordance with international protocol, all inquiries about the ongoing accident investigation must be directed to the NTSC.