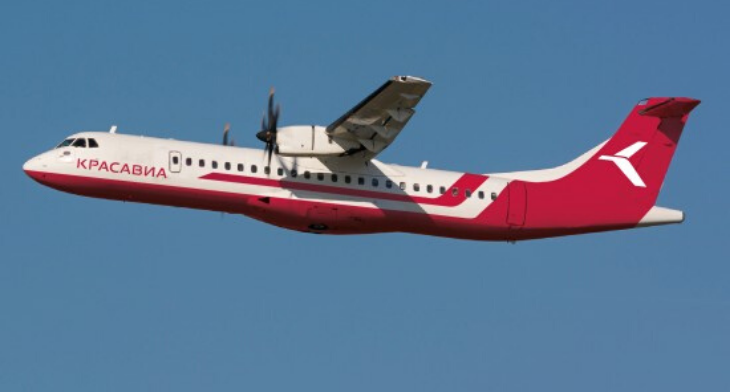 Regional operator KrasAvia Airlines is to lease three ATR-72 aircraft during 2020, aiming to improve the quality of service, and also expand the network of flights from Krasnoyarsk, providing stable regional traffic for the Aeroflot hub.

The move follows the completion of a reorganisation of the company, resulting in break-even operational activity which the airline said opens the possibility for large investment projects. The airline completed 9 months of 2019 with profit and for the first time in nine years will pay 17 million rubles of income tax.

“It is gratifying to realize that such an important asset of the Krasnoyarsk Territory as KrasAvia JSC not only successfully fulfills the mission of providing life support for hard-to-reach territories, but can also be profitable. And with the renewal of the fleet, the airline turns into a liquid and promising asset in the Krasnoyarsk Territory, ”said Andrei Egorov, Director General of KrasAvia JSC.

The airline aims to connect neighbouring constituents of the Russian Federation with Krasnoyarsk. In a statement the airline said regional aviation is developing “thanks to the advent of new modern aircraft” becoming more accessible for passengers, expanding flight networks and maintaining speed and safety, adding: “This gives impulses both for the development of tourism and for increasing business activity in general, according to the airline.”