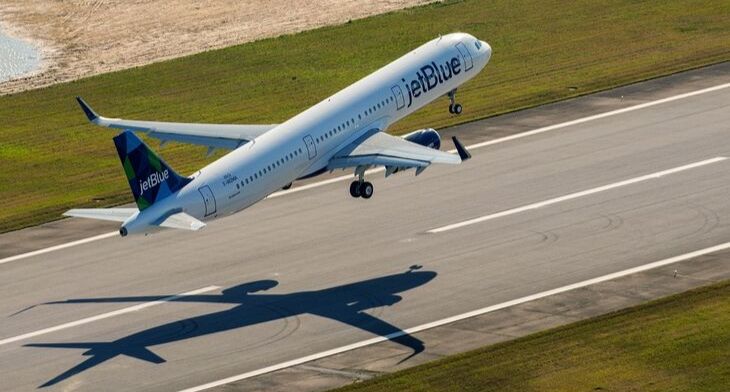 JetBlue will soon be flying to Georgetown, Guyana in South America from New York’s JFK airport. The airline will begin operating a A321neo on the service from 2 April 2020, just before the start of the summer holiday season. The airline is offering the service as a leisure route with lower cabin fares and no premium cabin.

Although Guyana is a relatively small nation, this will is JetBlue’s first flight to the country, which is situated at the northern end of South America. Cheddi Jagan International Airport is not regarded as a well-known airport. Despite this, the route is not without competition; Caribbean Airlines and American Airlines fly between New York and Cheddi Jagan Int. already.

Guyana is JetBlue’s fourth destination in South America, although the airline is keen to increase its footprint in the region a number of destinations are out of reach to JetBlue’s current fleet.