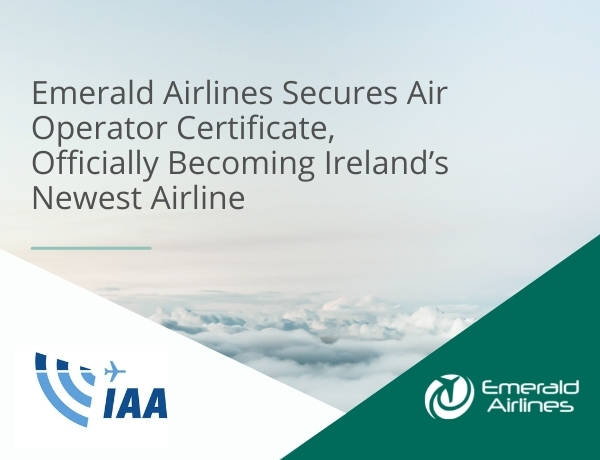 Emerald Airlines is Ireland’s newest airline that has been given its Air Operator Certificate (AOC) on 6 September after completing a proving flight three days earlier.

Emerald recently secured a deal to operate the Aer Lingus regional franchise for ten years, formerly held by Stobart Air. However, the contract is not due to commence until 1 January 2023.

Conor McCarthy, founder, and CEO of Emerald Airlines said, “Being granted the first AOC in Ireland since the pandemic is not only a major milestone in our journey as an airline but a significant one for the Irish Aviation industry as it begins its recovery following the worst crisis in its history.”

“We are now able to progress towards the launch of scheduled services, which will be rolled out progressively as our aircraft are delivered and market conditions allow.

“We will be working very closely with Aer Lingus on this now that we have our AOC in place.”