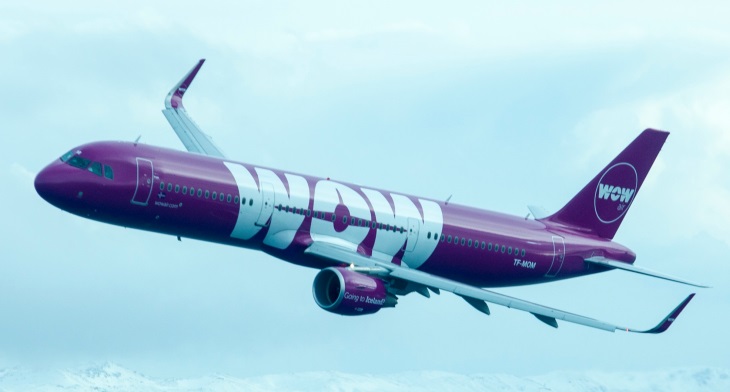 The proposed acquisition by Icelandair Group of long-haul low-fare carrier Wow air has been ditched.

Icelandair Group had issued a stock exchange release on 26 November stating it estimated it would be unlikely that all of the conditions in the share purchase agreement would be fulfilled by a meeting of its shareholders tomorrow (30 November).

Bogi Nils Bogason, interim president and CEO of Icelandair Group, commented: “The planned acquisition of Icelandair Group of Wow air will not go through. The Board of Directors and management of both companies have worked on this project in earnest. This conclusion is certainly disappointing. We want to thank WOW air’s management for a good co-operation in the project during recent weeks. All our best wishes go out to the owners and staff of the Wow air.”

Skúli Mogensen, CEO and founder at Wow, added: “It was clear at the outset that it was an ambitious task to complete all the conditions of the share purchase agreement in this short period. We thank the Icelandair Group’s management team for this challenging project, and also wish the management and staff of Icelandair Group all the best.”

There have been increasing concerns over the financial state of Wow, which this week said it was returning four aircraft “in co-operation with its lessors” in a bid to reduce costs – two Airbus A320s and two A330s. “This is a part of necessary restructuring of the airline and to ensure maximum utility of its remaining fleet. This restructuring will not impact WOW air’s current plans to fly to India,” it added.

In September Wow issued senior secured floating rate bonds on the Nordic bond market in an amount of €60 million within a total framework of €100 million. Since the date of the bond issue, the airline says a number of “external and internal events have worsened significantly, and the company is now working on securing its long term funding.”

A statement continued: “During and following the bond issue, the company had significant bad publicity about the financial health of the company, which ended up having a more negative impact on the company’s sales and credit position than anticipated. As a result, the Q4 results are materially worse than originally anticipated.”

It added that the collapse of Primera Air in October created further negativity “which has further worsened an already challenged situation. The company was until recently making progress with finalising a sale lease back agreement, which has since been cancelled resulting in US$25 million less inflow than originally planned.”

It also commented that due to the continuous negative events, all of its lessors, creditors and authorities had been monitoring the situation even more closely and had demanded stricter payment terms than before, further putting pressure on Wow’s cash flow.

It continued: “Last but not least oil surged to new heights in the weeks and months after the bond issue, which at that time also put pressure on the company’s financial outlook. While this has since retreated, the impact on the company’s position during these weeks has not recovered accordingly.

“With the above in mind we have been working diligently to seek additional funding and have received interest from a number of parties including Icelandair as has been publicly announced. Timing is a consideration as the situation described above has resulted in these funding initiatives becoming a necessity for the business.”