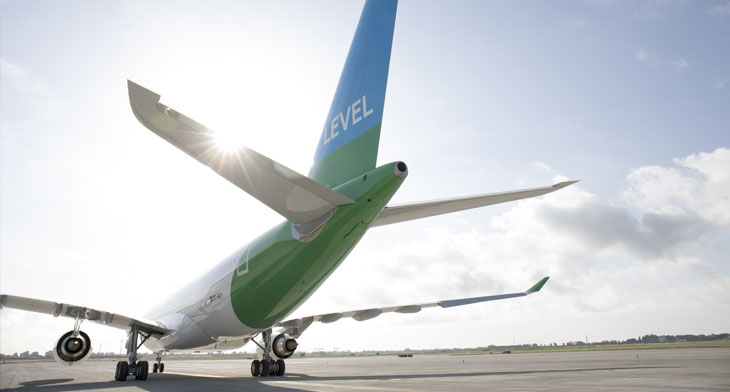 International Airlines Group (IAG) is launching intra-European flights via a new low-fare Austrian subsidiary as expected, but under its Level brand rather than that of its Spanish short-haul budget carrier Vueling.

The Anisec Luftfahrt GmbH subsidiary, actually formed late last year when IAG was in the process of its eventually failed bid for Niki Airlines, is targeting short- and medium-haul European destinations and will go up directly against the likes of easyJet, Ryanair and the latter’s 75%-owned airline LaudaMotion, formed out of the ashes of Niki and which operates out of Vienna.

Four 210-seat Airbus A321 aircraft will be stationed in Vienna, with flights out of Terminal 1 to start on 17 July to 14 European destinations, initially Palma, Majorca and London Gatwick. It is kicking off with fares as low as €24.99 one-way, with other destinations being introduced over the following weeks to Barcelona, Malaga, Venice, Olbia, Ibiza, Paris Charles de Gaulle, Milan Malpensa, Dubrovnik, Larnaca, Alicante, Valencia and Bilbao.

Willie Walsh, IAG’s chief executive, said the group was launching the new short-haul subsidiary “to provide Austrian consumers with more flight choices across Europe. These flights will be branded as Level to build upon the huge success of our new long-haul low-cost operation. We will serve the Austrian market with low-cost, reliable flights and will initially create around 200 new jobs at our Vienna base.”

Level began operations in June last year from Barcelona to Los Angeles, San Francisco, Buenos Aires and Punta Cana. It then opened a second European base at Paris Orly Airport. Initial bookings for Level’s Austrian flights, however, will be made through Barcelona-based Vueling’s website.