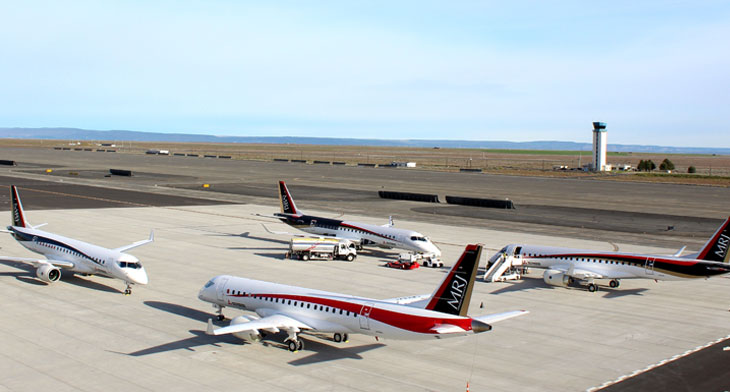 The go-ahead allows it to start certification flight tests for the MRJ90, using its fleet of test aircraft at Moses Lake in Washington, USA. The certification process is planned to get underway early in 2019.

“Throughout our programme we have worked very closely with the JCAB to develop a well-defined set of processes, procedures and expectations that will take us to the type certification of our MRJ90,” said Hisakazu Mizutani, MAC’s president. “It has been a long, but necessary journey for the development of our MRJ programme and for the commercial aviation industry in Japan.”

Andrew Telesca, head of MAC#s Certification Management Office, said that because of the unique situation of Japan’s commercial aviation industry, the path to receive the authorisation “has been unlike any other in the world. With little precedence for a programme of this type in Japan, the teams have worked together tirelessly to establish a flight test compliance system from the ground up. I am proud of the substantial efforts made by the JCAB and MITAC teams to achieve this critical milestone.

“While much work remains to reach type certification, we’re excited to have completed a key demonstration of the safety and maturity of the MRJ programme and look forward to working closely with the JCAB during this critical final programme phase.”

The programme is also undergoing a Federal Aviation Administration (FAA) safety review to support the FAA’s Letter of Authorisation, which Telesca expects prior to the start of certification flight testing.

Mizutani also participated in a media roundtable in which he referred to issues that had previously arisen with the MRJ90, including the electrical wire harnesses. “The rerouting of the electrical wire harnesses has come to a final stage, and we have started manufacturing the parts and incorporating them into the additional aircraft for the flight testing in a phased manner since this autumn,” he said, while also flagging key milestones such as the MRJ’s first public flight display during the Farnborough Airshow in July.

He went on to confirm conceptual studies are now underway for the smaller MRJ70. “Considering that 10 years have passed since the MRJ90 development started, we are considering how we can incorporate the new technologies and the changes of customers’ needs but keeping the basis with MRJ90, in order to enhance the productivity of MRJ,” he commented. Additional aircraft are also being introduced in final configuration into the test fleet, he said.

Another announcement by Mitsubishi Aircraft America also confirmed it had submitted court filings seeking dismissal of Bombardier’s recent lawsuit against the company, and that it is preparing to submit additional filings answering and denying the Canadian manufacturer’s allegations. Mitsubishi states it has “not misappropriated any of Bombardier’s trade secrets, and that its hiring practices fully comply with applicable law. Mitsubishi Aircraft believes that the true intent of Bombardier’s lawsuit is to disrupt the development of the MRJ and to chill the free mobility of experienced engineers within the aerospace employment market.”

The Japanese manufacturer is also considering counterclaims that it may raise against Bombardier in connection with this lawsuit, it added. “The company is confident that it will ultimately prevail in defending itself from Bombardier’s unwarranted allegations, and that Bombardier’s actions will not adversely impact the development and entry into service of the MRJ or the success of the MRJ programme.”