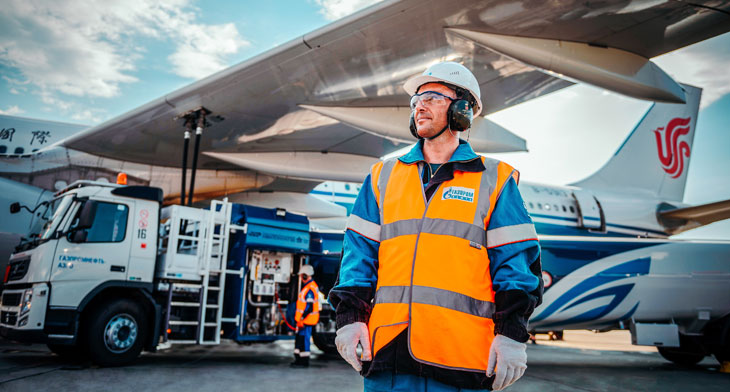 The aviation fuel arm of Russia’s Gazprom Neft, Gazpromneft-Aero, has signed a set of new long-term agreements with Air China, Hong Kong Airlines and Air France-KLM for the refuelling of aircraft at airports in Moscow.

The company also signed a long-term agreement with Turkish Airlines to refuel the carrier’s aircraft in the airports of Voronezh and Bishkek in Kyrgyzstan. The total refuelling volume under the new agreements will be more than 100,000 tonnes of jet fuel, it estimates.

Over 80 foreign air carriers use the services of the Russian company, which says that figures for the first five months of the year saw the total refuelling volume of international airlines rise by 18% year-on-year.

“Developing partnerships with the world’s largest carriers in Russian and international airports is one of the company’s strategic goals. Gazpromneft-Aero aims to sign new formula-based agreements with aviation market leaders for two-year terms. This type of contract is based on international commodity exchange indicators.

“Gazpromneft-Aero’s strategic partnerships allow airlines to plan their flights at the airports where Gazpromneft-Aero has a global presence, taking into account the guaranteed provision of jet fuel according to the highest IATA standards,” said Vladimir Egorov, CEO.

Gazpromneft-Aero has been a strategic partner of the International Air Transport Association (IATA) for aviation fuel supply since December 2008. Its network includes more than 200 airports in 64 countries worldwide.