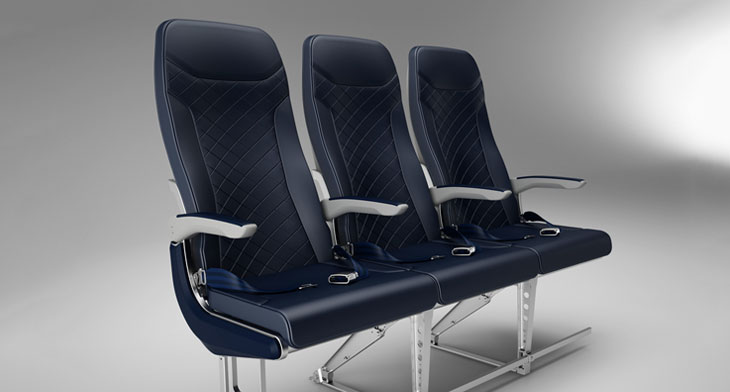 Flynas to take off with ESSENZA seats

As part of its development plan, the Saudi Arabia–based airline will undergo a fleet renewal project and has placed a firm order for 60 new A320neo. It is expected the aircraft will begin to be delivered from Q3 2018 and last until 2026. The airline also has options with the manufacturer for an additional 20 aircraft.

The A320neo cabin will be equipped with Geven ESSENZA seats in a configuration of 174 passengers in a single economy class layout.

Flynas’ new cabin configuration will also feature convertible seats in the first four rows offering a ‘business class’ seat when the centre place is unoccupied and will also be equipped with a custom-made cocktail table.

The new economy class seat from Geven has been developed in two variants, pre-reclined and a reclining seat (up to six inches) and boasts a light weight and dimensions of 18.3 inches (seat width between armrests), the company says.

Flynas has also partnered with the manufacturer to retrofit the airline’s 11 current A320ceo fleet with Geven seat PIUMA EVO. The company says it anticipates deliveries will start from Q4 2017 allowing the airline to benefit from the new cabin from the current 2018 winter season.