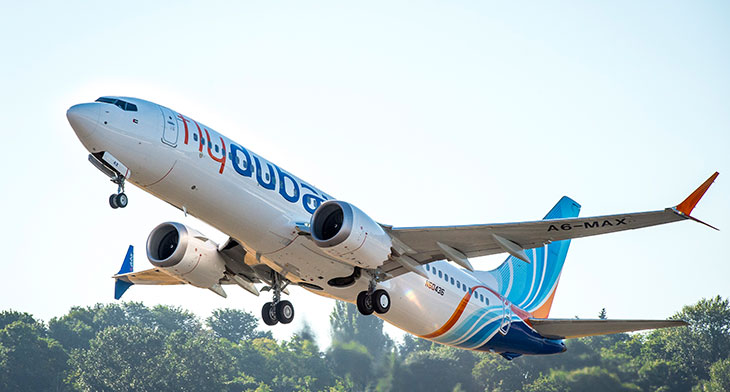 Flydubai reported an annual loss of AED159.8 million (US$43.5 million) in 2018 in a “challenging year” of higher fuel costs, interest rates and unfavourable currency movements.

The losses were reduced by a stronger second-half of the year driven by stronger yields and revenue growth with a second-half profit of AED 157 million (US$43 million).

“Following our Half-Year Results, we continued to focus on further efficiency programmes across the business and these have resulted in a better second half. The emphasis we have put on these programmes is expected to result in an improvement to our financial performance.”

The airline also saw an improvement in yield by 8.4% over the same period in the previous year, but warned: “Volatility in fuel prices coupled with global geo-political developments and its effect on demand for international air travel is expected to keep some pressure on yields and passenger numbers in the near to-medium term.”

In line with its ongoing fleet management programme, seven Boeing 737 MAX 8 and MAX 9 aircraft were delivered to the airline while four Next-Generation Boeing 737-800 aircraft were taken out of service at the end of their operating lease.

Commenting on the results, chief executive officer of flydubai, Ghaith Al Ghaith said “in-line with expectations 2018 was a challenging year” adding: “However we have continued to invest in our capacity and increased revenue. We optimised our network by increasing flight frequencies on existing routes and adding new routes and as they become established they will support our further growth.”

The airline also plans to build on its codeshare partnership with Emirates.

Ghaith Al Ghaith said: “As we go into 2019 we are cautious but we remain confident in the knowledge that there remains much untapped opportunity and demand for travel across our network. In the year that we will celebrate our 10th anniversary we will push ahead with our strategy and we remain focused on our business model. Our priorities are to grow the airline sustainably, open up previously underserved markets, invest in our fleet and our cabins to offer our passengers the latest innovations on board and a better travel experience.”