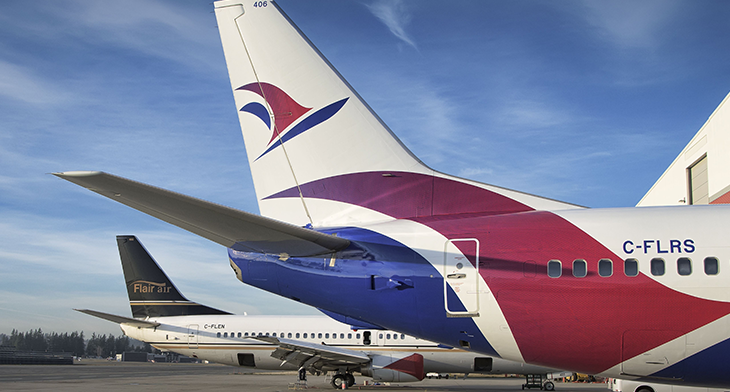 Flair Airlines has signed a Letter of Intent for its first Boeing 737-800NG, marking the beginning of a fleet update.

The Canadian low-fare carrier’s new aircraft is expected to begin flying in January 2019 and kicks off the start of Flair’s transition from its current fleet of seven B737-400s to the larger 800NG series.

“Flair will have replaced the majority of its current fleet with B737-800NG’s by the end of 2019, by which time we expect to be operating 11 aircraft,” said David Tait, Flair’s executive chairman.

“Our growth plans have always included the move to more fuel-efficient longer range airplanes,” he explained. “These aircraft will enable us to continue to offer ultra-low fares by reducing our costs, while extending our network and offering greater frequency of service.

In addition to this aircraft, the airline’s winter schedule calls for two leased B737-800NGs to enter service in December.

The three B737-800 aircraft joining the fleet will primarily operate on Flair’s new southbound routes.