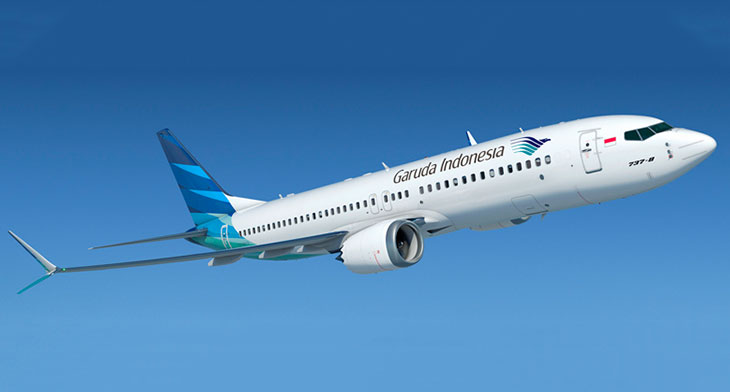 First cancelled order for the 737 MAX 8

Garuda Indonesia is cancelling its order for 49 Boeing 737 MAX 8 aircraft and choosing another type of aircraft.

Press reports have quoted airline representatives stating that a letter has been sent to Boeing requesting the cancellation of the type. Garuda hopes to switch its order to another Boeing model. Garuda spokesman Ikhsan Rosan said it’s because: “Garuda passengers in Indonesia have lost trust and no longer have confidence in the plane.” He added that, “the airline is awaiting a response from Boeing.”

Boeing continues to work on a fix for the grounded 737 MAXs and reports today suggest the manufacturer would make it compulsory for airlines purchasing the aircraft to have one of two optional safety features installed.

The equipment would alert pilots of faulty information from key sensors throughout the aircraft. It will now be included on every 737 MAX as part of the changes that Boeing is racing to complete by early next week.

Airlines will have to decide whether to pay for the upgrades to a standard aircraft, a common practice within the industry which then allows manufacturers to charge extra.

This action by Garuda marks the first formal action by an airline to cancel an order for the 737 MAX 8.