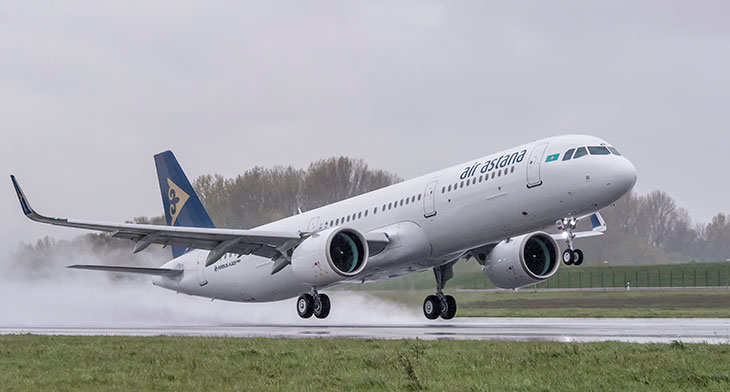 Kazakh carrier Air Astana has taken delivery of its first A321neo at the Airbus facility in Hamburg, Germany with the aircraft to be operated on the carrier’s domestic and regional routes.

The jet is on an operating lease from Aercap under a deal including two further A321neos and one A320neo, which are scheduled for delivery in 2018.

The A321neo is powered by the latest generation Pratt & Whitney engines.