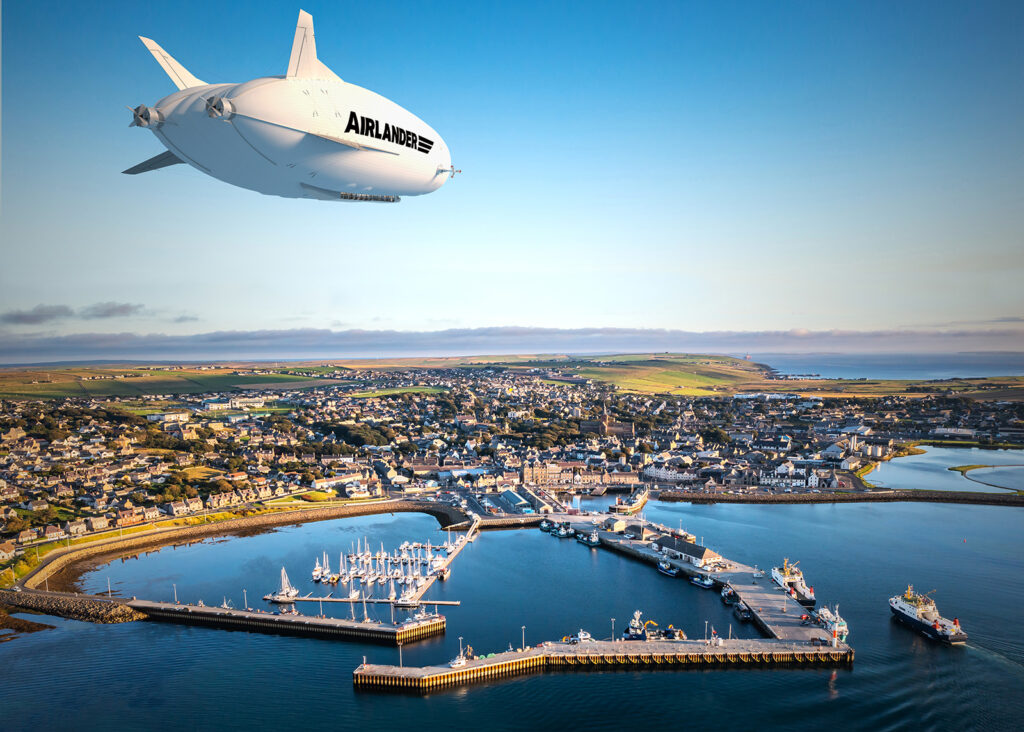 Hybrid Air Vehicles has announced a new, first of its kind study, to explore the case for using the Airlander 10 aircraft for passenger and freight transport in the Scottish Highlands and Islands.

It will also compare emission reductions with existing transport options and assess the opportunities to operate at non-airport locations, taking advantage of the aircraft’s water operation capability.

“Hybrid Air Vehicles are changing the way we think about regional travel and sustainable aviation. This is particularly the case for sometimes hard-to-reach regions such as the Highlands and Islands. This study will, I hope, pave the way for a revolution in green short-haul flights in this wonderful, beautiful, if sometimes inaccessible, part of the world, boosting connectivity and the local economy as we do so,” said Hybrid Air Vehicles’ CEO, Tom Grundy.

“HIAL’s aim is to become a net-zero carbon regional airport group. To achieve this, we need to investigate innovative solutions for sustainable air travel. This collaboration allows us to explore the potential use of Airlander 10 as part of the region’s transport network. A network that provides essential and lifeline services to some of Scotland’s most remote regions,” said Inglis Lyon, Managing Director at HIAL. 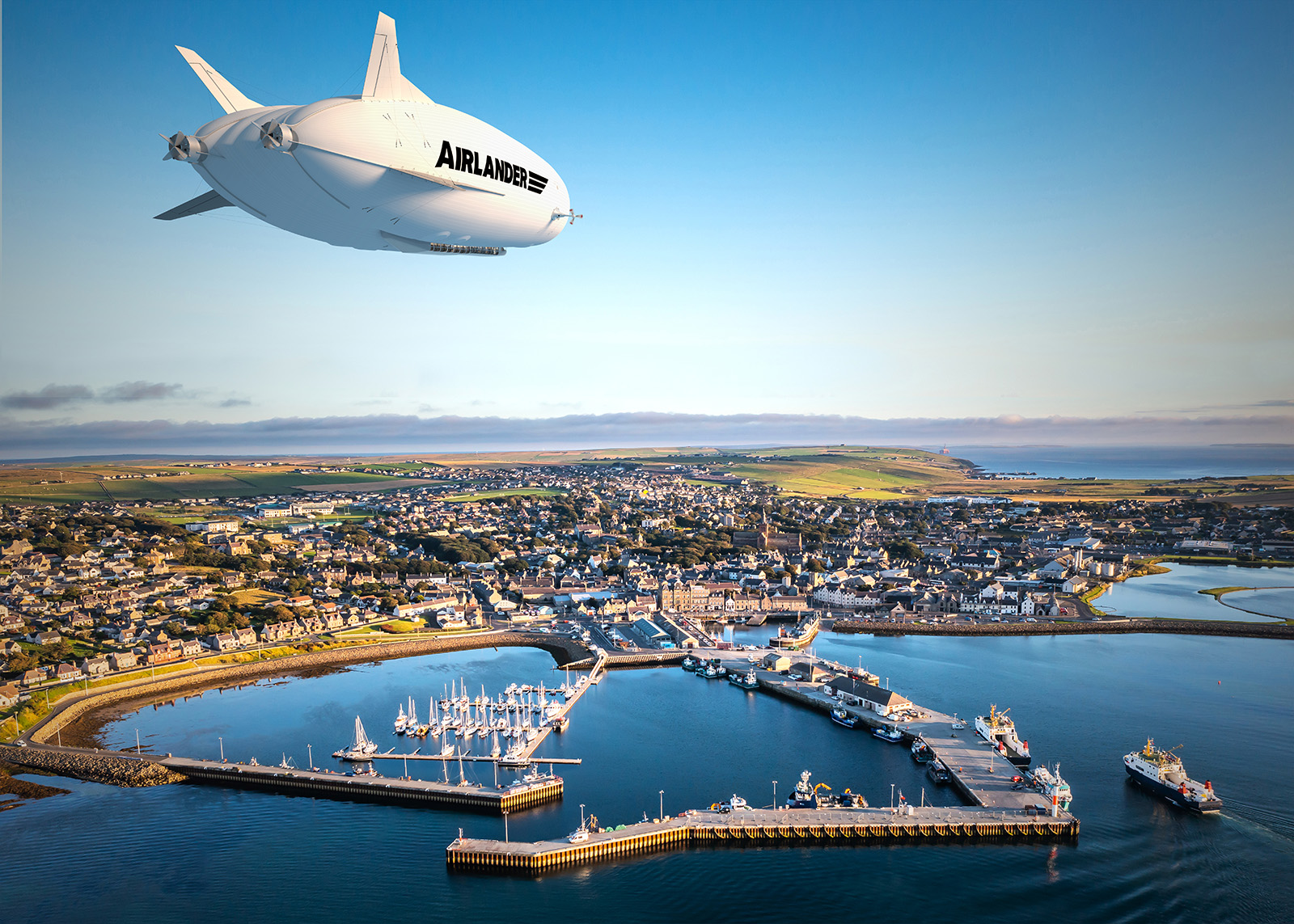 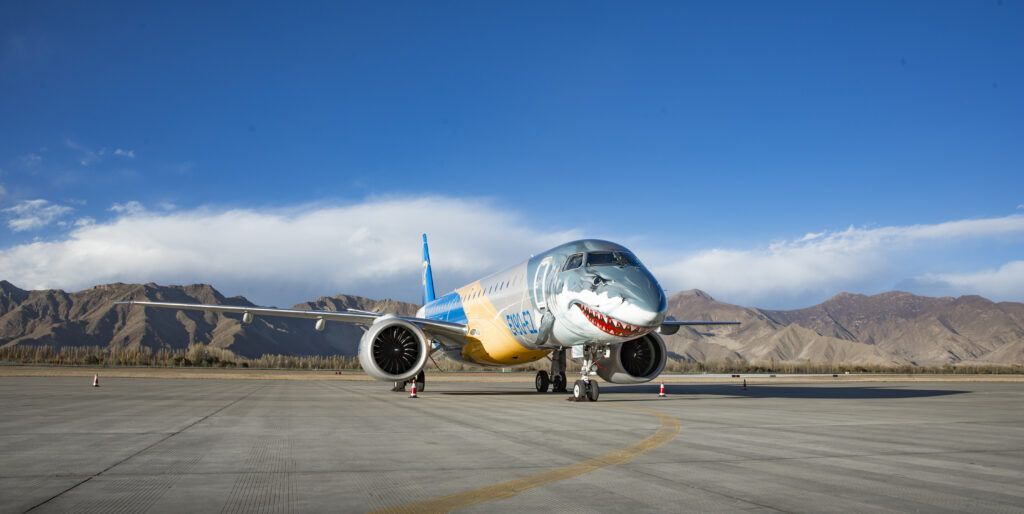 Embraer announces Chinese approval for E190-E2, with E195-E2 to follow

The Embraer E190-E2 has been granted its Type Certificate by the Civil Aviation Administration of China (CAAC), with Embraer’s larger E195-E2 aircraft to follow shortly.

“CAAC’s certification of the E190-E2 is great news for Embraer and our prospective customers in China,” said Arjan Meijer, President and CEO of Embraer Commercial Aviation. “Certification paves the way for significant E190-E2 business opportunities in China – data reveals that one billion people living in China’s second and third tier cities have never taken a flight.”

The company’s latest market forecast revealed that 1445 new aircraft in the up to 150-seat category will be delivered in China through 2041, continuing the growing trend in China’s aviation next work moving away from a point-to-point to a hub and spoke based network.

“It’s a big moment for our newest generation Embraer jet – the E190-E2 – to be certified by CAAC,” said Guo Qing, Managing Director and VP Commercial Aviation, Embraer China. “It’s the first aircraft in its class to have flown to some of the world highest airports in western China including Lasha and Yushu. We believe the E190-E2 is the best aircraft to serve low density but high elevation markets in western China with the right performance, more profitability.” 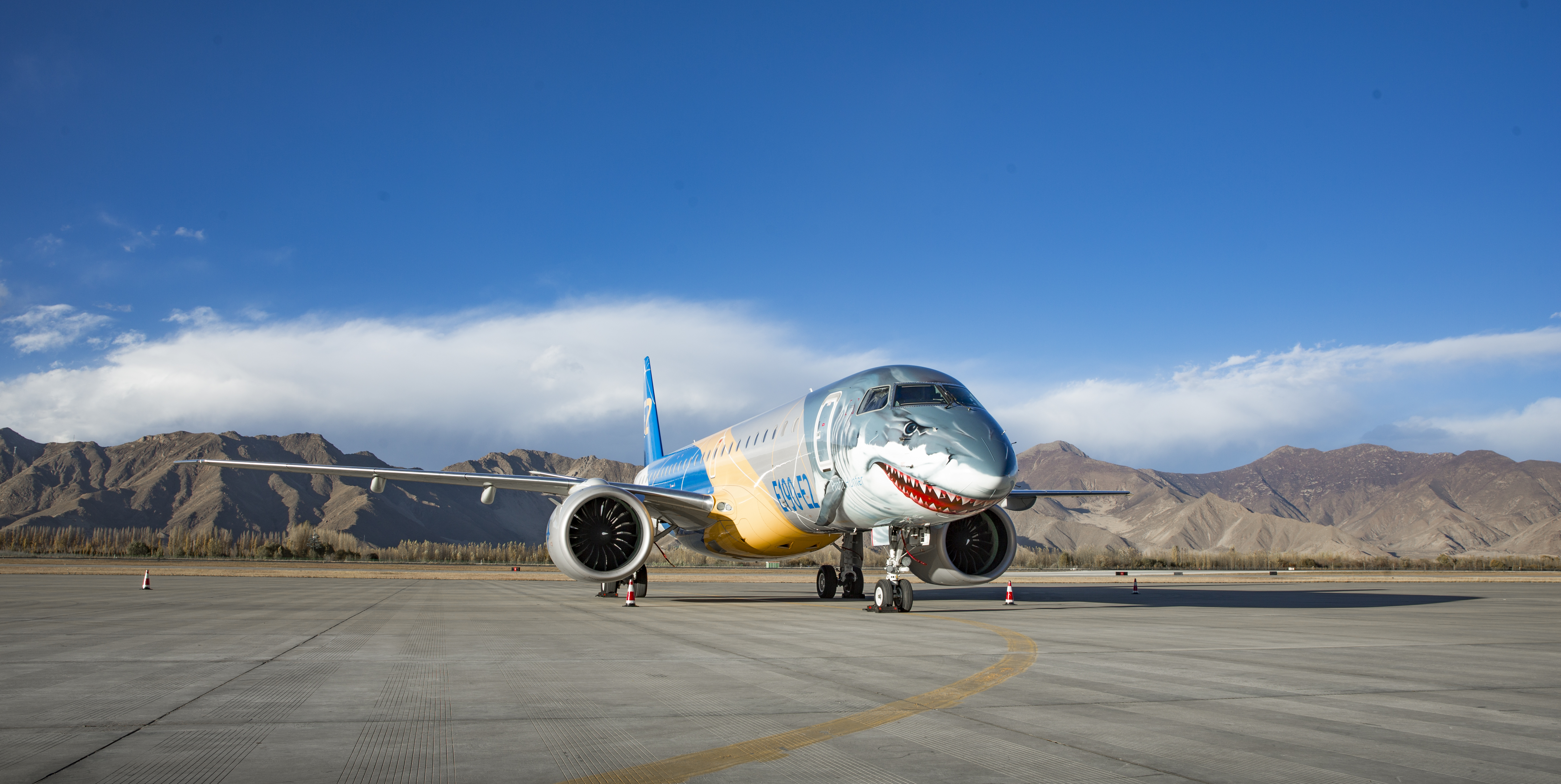 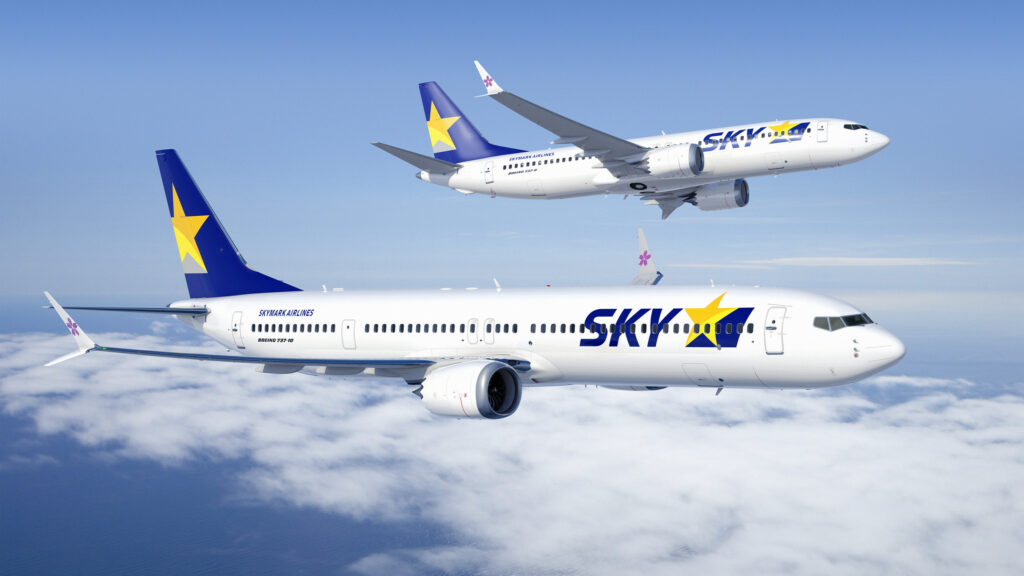 Japan’s Skymark Airlines have announced plans to add up to 12 737 MAX airplanes as part of its fleet modernisation efforts, Boeing said in a statement.

The low-fare carrier intends to order four airplanes including the 737-8 and 737-10 variants with options for two additional jets. Separately, the airline will add six lessor-owned 737-8s to its fleet.

Based in Tokyo’s Haneda Airport, Skymark Airlines is Japan’s third largest carrier by revenue and currently operates an all-Boeing fleet of 29 Next-Generation 737-800s.

“As Skymark Airlines looks to sustainably grow its fleet, the 737 MAX family offers market-leading efficiency and environmental performance,” said Ihssane Mounir, Boeing’s senior vice president of Commercial Sales and Marketing. “With commonality and enhanced capabilities, the 737-8 and 737-10 will enable Skymark Airlines to optimize its fleet across all operations.” 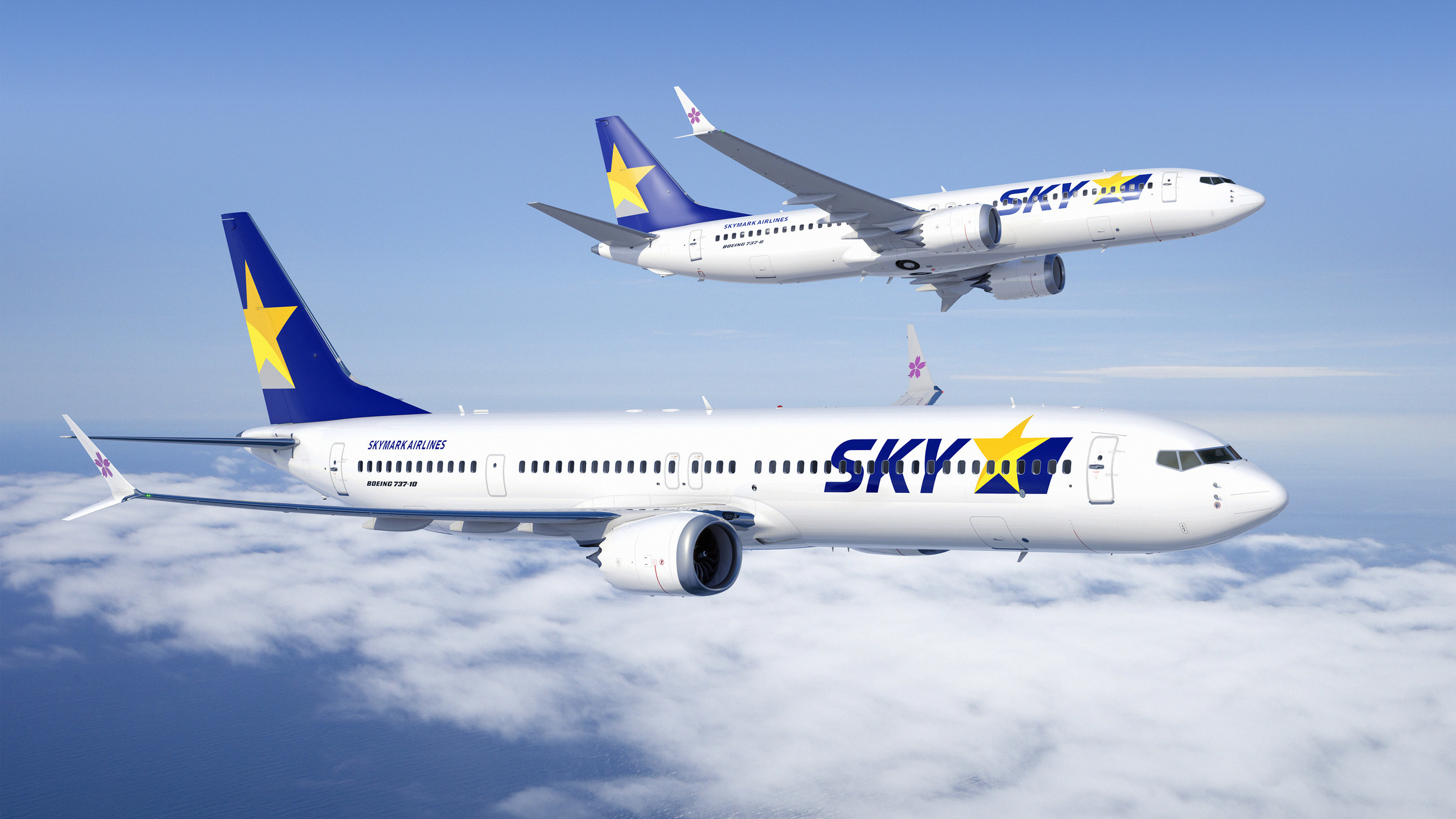 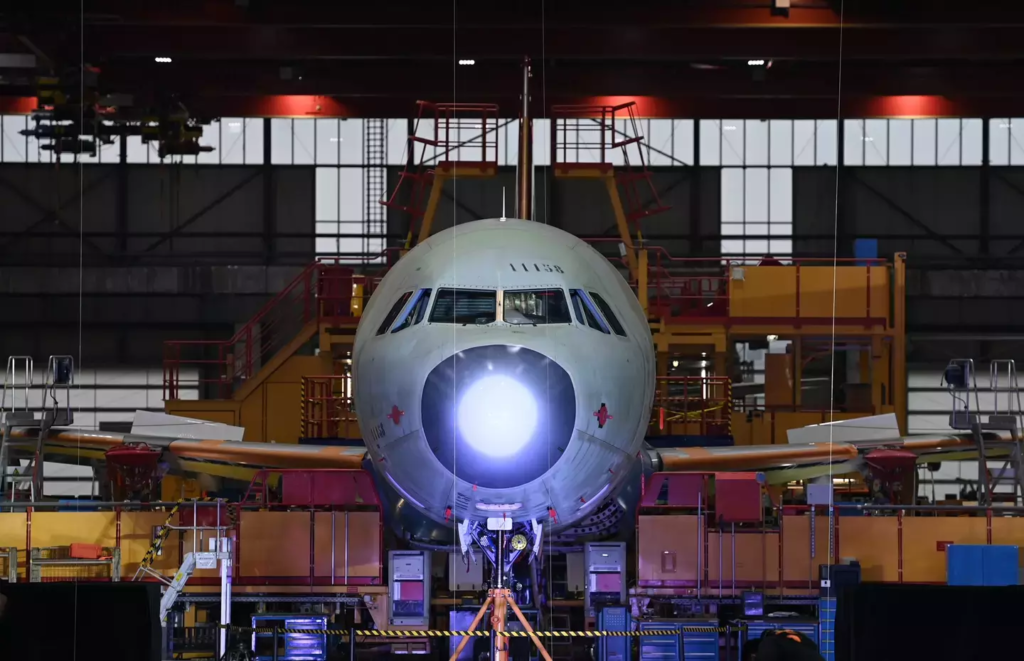 Airbus assembles its first A321 aircraft in China

Airbus has announced the commissioning of its first A321, assembled at its Final Assembly Line Asia (FAL Tianjin) in Tianjin, China. The A321 is scheduled for delivery for early 2023.

The FAL started work to become A321 capable in August 2022, and is the first major upgrade in the facility since 2008.

The breakthrough not only deepens the collaboration with China’s aviation industry, and but demonstrates Airbus’ commitment to enhance its long-term strategic partnership with China.

“Since we announced our plans to expand the capability of FAL Tianjin to A321 production last November, I am proud that the Airbus Tianjin team has successfully completed the relevant adaptation work on schedule by working closely with European experts and our suppliers to overcome the impact of COVID-19” said George Xu, Airbus Executive Vice President and Airbus China CEO.

Airbus has four A320 Family assembly facilities around the world: Toulouse, France; Hamburg, Germany; Tianjin, China; and Mobile, United States. By the end of 2022, all commercial aircraft assembly sites will be A321-capable, as part of the industrial strategy to de-risk the ramp up and to meet the rising share of A321 production. 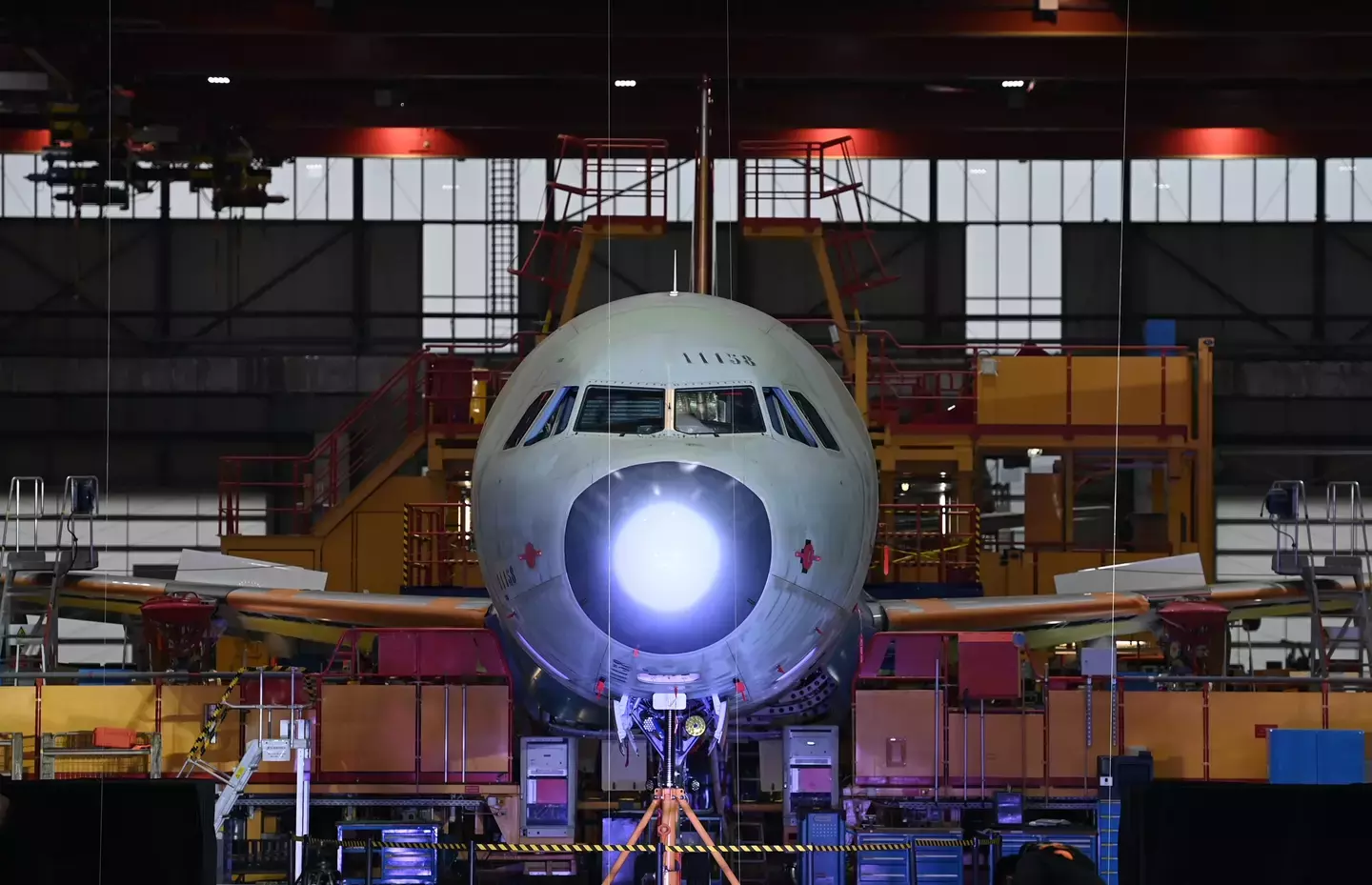 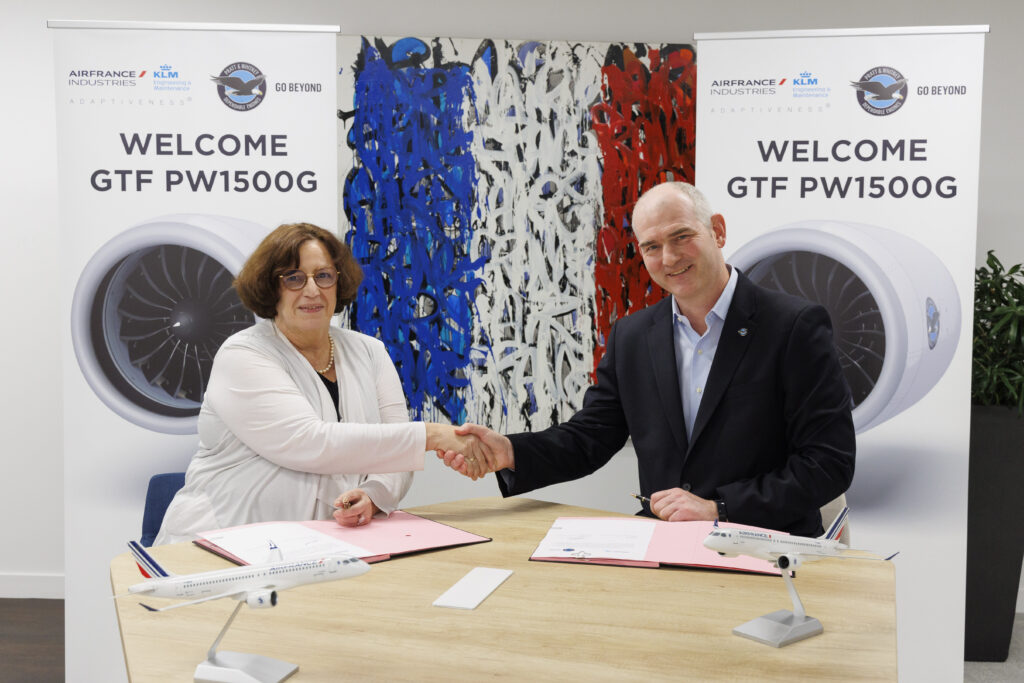 The facility will serve PW1500G engines for the Airbus A220 with full disassembly, assembly and test capability. The announcement was recognised at an in-person signing ceremony at Air France-KLM Group headquarters in Paris.

AFI KLM E&M is the latest engine center to be announced in Europe within the GTF MRO network, alongside MTU Aero Engines and two Lufthansa Technik facilities in Germany; EME AERO in Poland; OGMA in Portugal; and SR Technics in Switzerland.

Its first induction is planned for the first half of 2023, after which AFI KLM E&M’s facility in Paris will be the third facility in the region to provide PW1500G services.

“Today we are excited to welcome AFI KLM E&M to our distinguished network of shops. Their experience as an operator and established MRO provider will be a strong asset in providing world-class maintenance services to the growing GTF fleet,” said Marc Meredith, executive director of GTF Engine Aftermarket at Pratt & Whitney.

“We are pleased to join the Pratt & Whitney GTF MRO network,” said Anne Brachet, executive vice president of Air France-KLM Engineering & Maintenance. “Adding the Pratt & Whitney GTF engine among our capabilities strengthens our positioning on the next generation of platforms, boots our offerings to customers and furthers the technical expertise of our maintenance teams.”

GTF engines now power over 1,300 aircraft, with 62 operators, across three aircraft families. The company has also welcomed over 10,000 engine orders and commitments from more than 90 customers, and to keep pace with this fleet growth the GTF MRO network continues to expand around the globe. 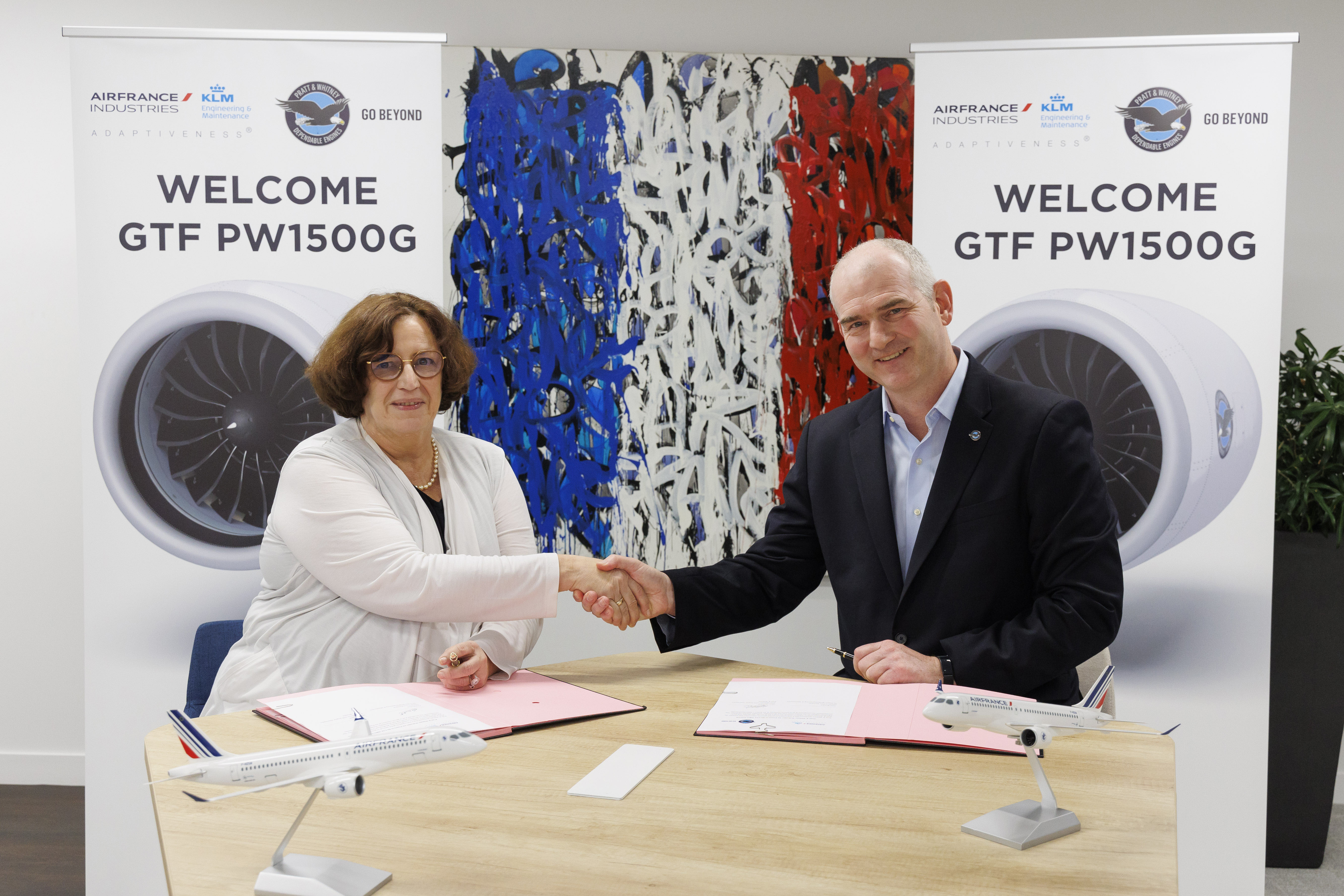 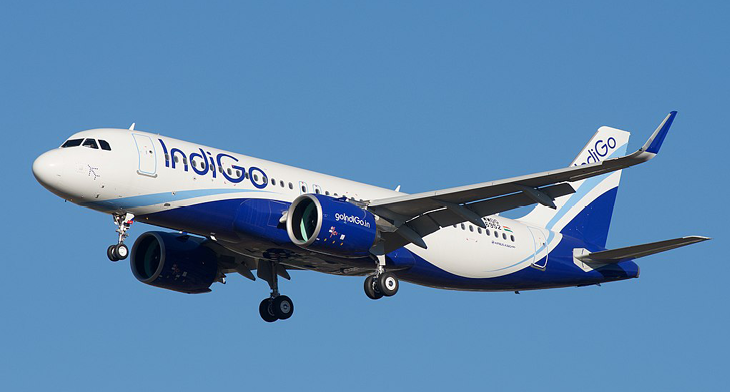 Indian low-fare carrier, IndiGo, has grounded 30 planes due to a lack of engines and spare parts amidst global supply chain issues.

The carrier, which is the world’s seventh largest in terms of daily departures, has 279 aircraft in its fleet, operates more than 1,600 daily flights, and currently flies to 100 destinations.

It is currently looking at other options, such as wet leasing widebody aircraft, to meet demand, as passenger numbers soar back towards pre-pandemic levels. It will start leasing three B777 planes to serve the India-Turkey route.

“While it is our immediate priority to deploy adequate capacity to serve our customers, we are actively engaged with our OEM (original equipment manufacturer) partners to work on mitigation measures that should ensure the continuity of our network and operations,” the company said. 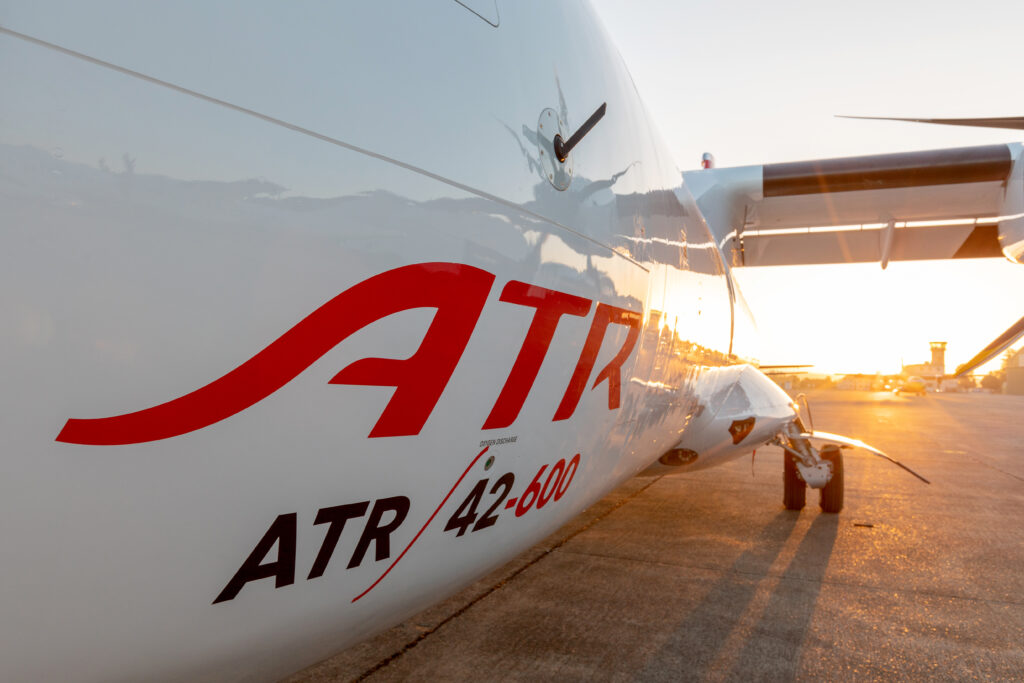 The Civil Aviation Administration of China (CAAC) has provided validation of the type certificate for the ATR 42-600. ATR have also received a firm order for three ATR 42-600 aircraft from an undisclosed customer.

This achievement presents ATR with the opportunity to re-enter the Chinese market. The ATR 42-600 is an ideal route opener for China, a vast country looking to grow essential connections profitably and responsibly.

Nathalie Tarnaud Laude, ATR’s Chief Executive Officer, said: “Receiving CAAC’s validation of the ATR 42-600 type certificate, along with a firm order, is a major achievement marking the re-introduction of ATR turboprops in China.”

“The ATR 42-600 will undoubtedly prove to be a game-changer. ATR offers an eco-responsible alternative to jets while bringing comfort and convenience to passengers, and essential air services for communities and businesses to thrive.”

Fabrice Vautier, ATR’s Senior Vice-President Commercial added: “By 2035, we anticipate that over 150 airports will be built in China and turboprops will play a key role in creating a new network of short, thin routes, complementing the high-speed train offering.”

“Our 20-year forecast predicts a need for 280 new turboprops in the region, and ATR is perfectly placed to meet this demand, whilst also contributing to decrease the reliance on public subsidies and delivering reduced CO2 emissions.” 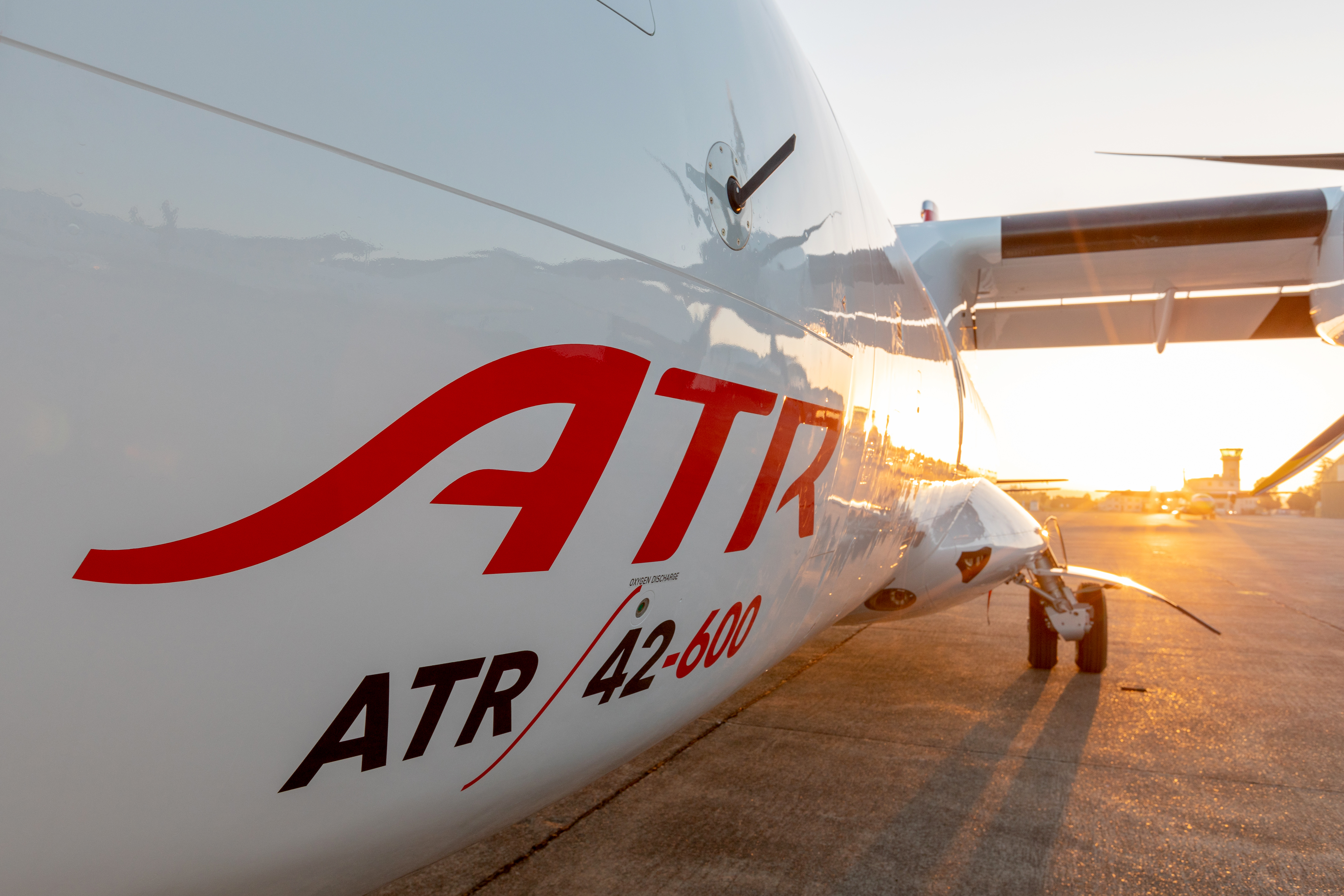 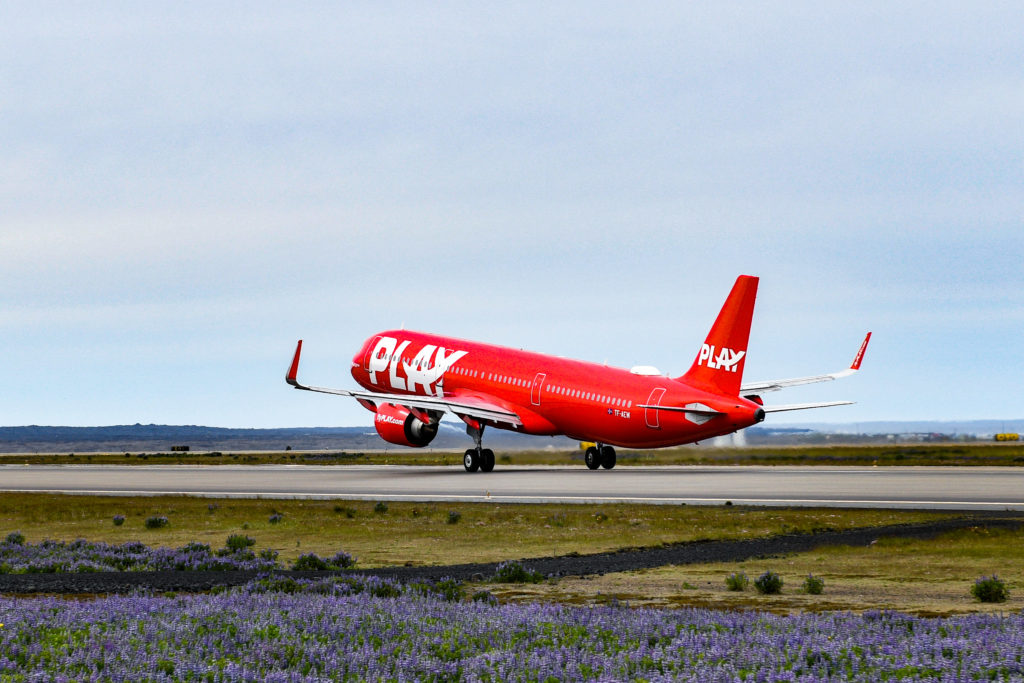 “We welcome PLAY to Stockholm Arlanda Airport and the increased connectivity to and from Sweden. It is really good news that PLAY sees more opportunities in the Swedish market and has chosen to also set up operations in Stockholm, which shows how attractive the region is,” says Elizabeth Axtelius, Director Aviation Business at Swedavia.

The establishment of this route in the market increases the competition for service between Stockholm and Reykjavik. A popular route, especially with leisure travellers, before the pandemic this was populated with a mix of travellers who either stopped in Iceland or continued their journey via Reykjavik to North America.

“Stockholm is a fantastic city, and the Swedes are a curious people who love to travel. It is a great pleasure for me to create a manageable journey between Sweden and the USA – both in terms of logistics, travel time and price”, says Birgir Jonsson, CEO at PLAY. 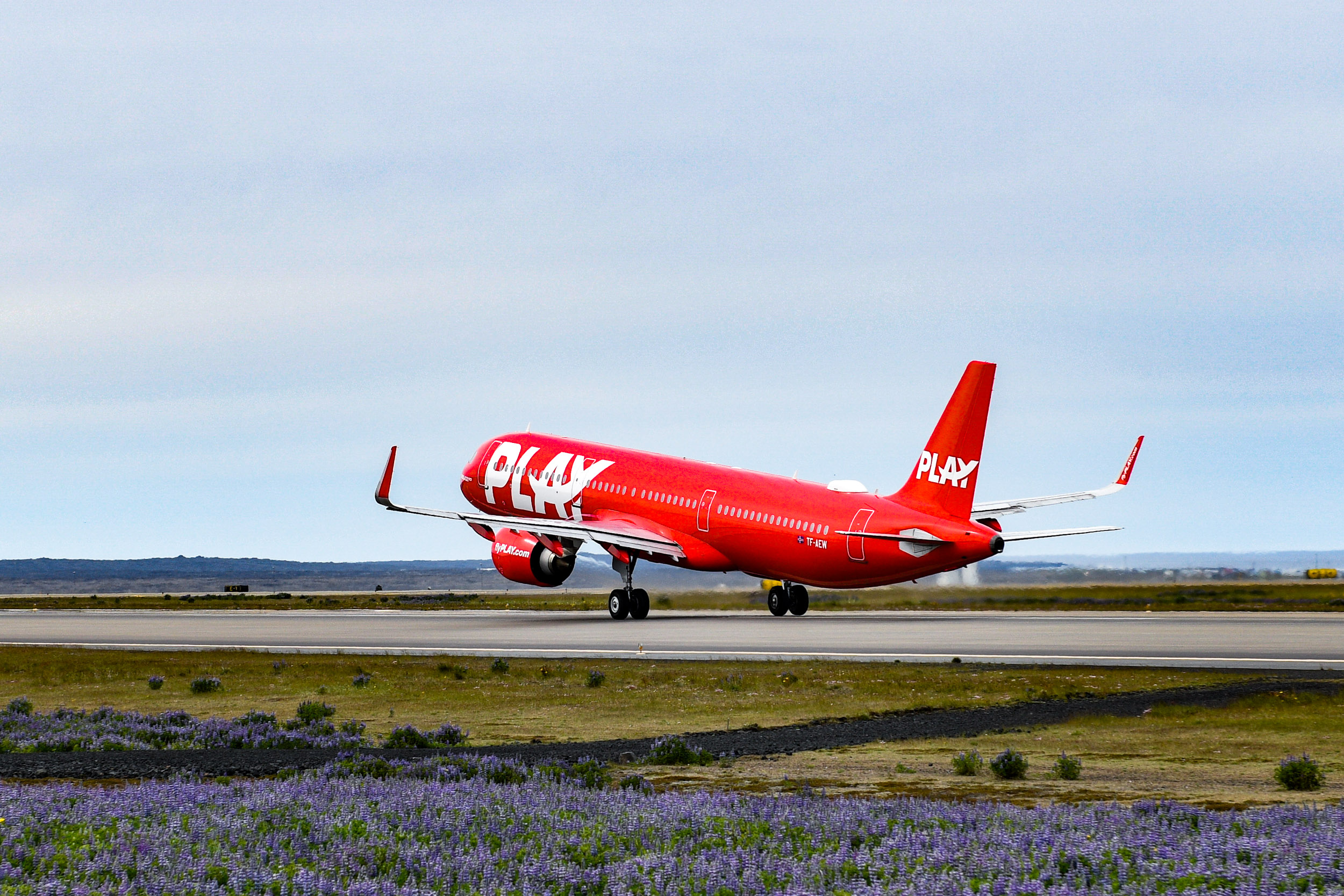 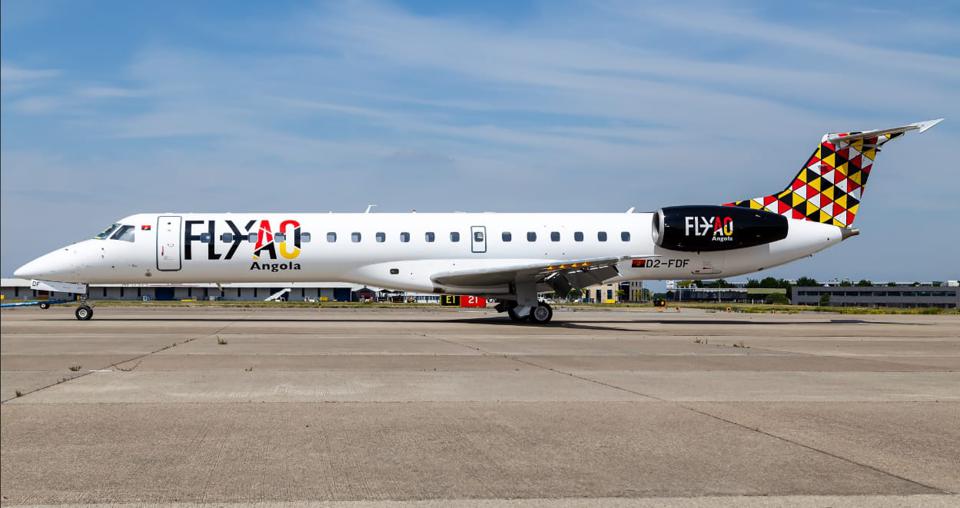 Delivered in late October, these aircraft will be added to a strategically planned mixed fleet capable of efficiently operating all domestic routes within Angola.

Avmax has worked for years with African airlines, developing their fleets based on their routes, passenger demand, and the types of airfield they’ll be operating in and out of. The company specialises in regional aircraft, and are well-suited to handle domestic routes in Africa.

Steve Hankirk, Avmax CEO, said, “I am happy to add Fly Angola to our African customer base and I look forward to growing and expanding upon our new relationship. Fly Angola is a promising new airline that is well-suited to meet the growing passenger demand in Angola. I believe that Avmax’s regional aircraft and experience working in sub-Sahara Africa will partner well with Fly Angola’s ambition and strategic growth plan, which will ensure that both parties will continue to prosper and grow well into the future.”

Fly Angola’s CEO, Belarnicio Muangala, also said, “Avmax has walked the extra mile when it comes to tailored aviation solutions. We have come across a company willing to understand our needs and constraints. We see a strategic partnership taking shape and one that will boost our growth plans.” 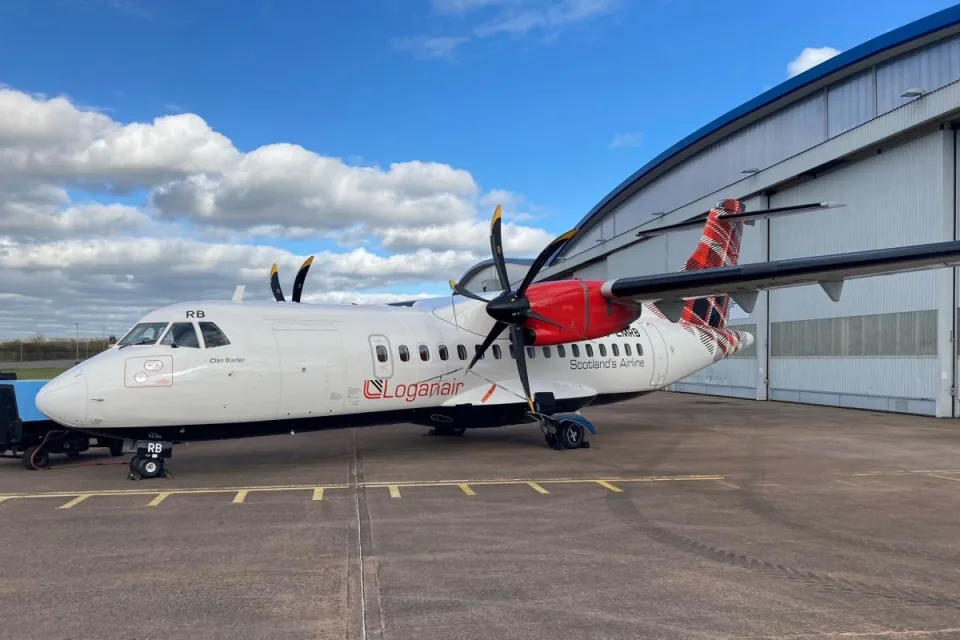 Loganair has moved to complete and renew the fleet operating on its Highlands and Islands routes by the end of 2023, selling the remaining eight Saab 340 aircraft in a US$12million sale agreement.

The airline, which operates 42 aircraft and flies 70 routes, is set to welcome eight new ATR turboprops into its fleet next year, which will deliver a reduction of up to 27% in carbon emissions per seat. The older Saab aircraft are set to go to undisclosed airline operators in North America.

Loganair already has 15 ATR aircraft in service, which includes four ATR 72-600 passenger aircraft, and the addition of these eight new craft will make it one of the largest operators of ATR aircraft in Europe.

Jonathan Hinkles, chief executive of Loganair, said: “The Saab 340s have served us, and our customers, superbly well over the last two decades but it’s time for us to transition to a new generation of aircraft.

“In selecting our future fleet, it’s important to have an aircraft which builds upon our environmental credentials while withstanding island weather conditions and providing accessibility for all customers…Our multi-million-pound investment in ATR aircraft will safeguard connectivity for future generations within the Highlands and Islands air network, on which so many communities depend.”