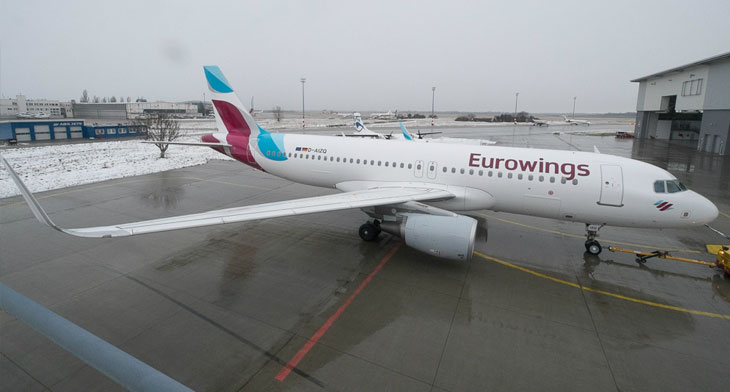 Several sites belonging to Eurowings are due to close as the operator switches focus to its short-haul operations using its Airbus A320 fleet of aircraft. The company’s change in direction is aimed at bringing the budget carrier into profit as quickly as possible, and to generate a sustainable profit value for shareholders. The operators carried 7.5 million passengers in the first quarter of this year and posted an operating loss of €257 million on revenue of €805 million.

The reorganisation ends the integration of Brussels Airlines into Eurowings, which Lufthansa planned to complete in 2020. The new approach calls for a “closer alignment” of the Belgian carrier within the group’s network airlines: Lufthansa, Swiss and Austrian Airlines. Lufthansa Group will release additional details and a new plan for Brussels Airlines in the autumn. The group has remained silent as to the reasons for the change in strategy.

When Lufthansa bought its initial 45% stake in the airline in 2008, executives at the time intended to upgrade Brussels Airport and Brussels Airline as an integral components of its multi-hub ad multi-brand strategy. The idea was dropped at the end of 2016, when the German group acquired complete ownership of Brussels Airlines and instead decided to bring the Belgian carrier under the Eurowings umbrella to help increase its in-house budget subsidiary, allowing it to compete on a more even level with LCCs like Ryanair and EasyJet.

The acquisition of Brussels Airlines and the defunct Air Berlin, along with the integration of Lufthansa’s other German low-cost airline, Germanwings, provided Eurowings with a high compound annual growth rate of 19%.

But this all came at an overly complex mixed fleet, with multiple air operator certificates (AOCs), high integration costs. Eurowings CEO Thorsten Dirks, conceded that the long-haul operations were a “distraction.”

A revised approach will see the number of AOCs in Germany reduced to one from four in 2018. Eurowings’ long-haul flight will be transferred to Lufthansa group network airlines, so allowing Eurowings to focus solely on short-haul services.

The airline fleet will be standardised with a planned reduction of the short-haul size of 139 aircraft by 10-20%. Eurowings will also get new A320neos from the Lufthansa Group order book, the first four of which will be delivered in 2021, followed by 16 more the year after.

The restructuring should be completed and the reformed Eurowings profitable again by 2022.