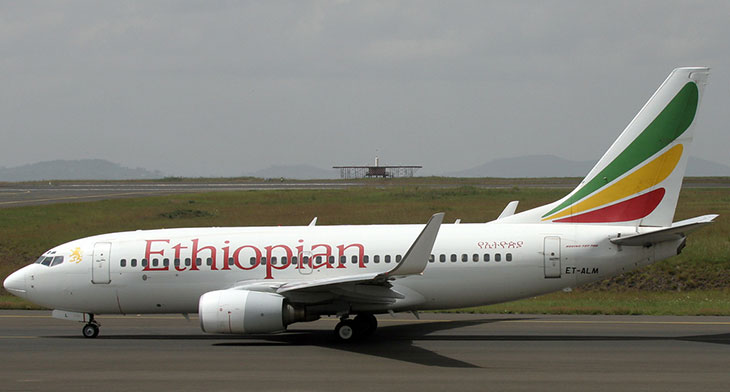 According to aerotime.aero, Ethiopian Airlines which has had a tough six months due to the crisis with the Boeing 737 MAX, has announced its financial results for 2018-2019. Although the airline has endured difficult operating conditions, Ethiopian’s flag carrier’s financial results are positive. But, the impact of the worldwide grounding of the MAX has been felt by the airline, in terms of its 2017-2018 earnings were far greater.

In 2019, Ethiopian Airlines reported an operating profit of US$260 million, with US$4 billion operating revenues. The carrier’s net profit for the year is US$189 million, which is US$18 million less then the net profit earned in FY2018.

The 737 MAX crisis has had an obvious impact on the airline. Ethiopian Airlines’ MAX accident was the second fatal crash, which prompted aviation authorities worldwide to ground the aircraft type. The carrier currently has four stored 737-8 MAX aircraft, with 25 on order.

Additionally, the carrier, like many other airlines in the world, has experienced issues with its Boeing 787 Dreamliner, according to the company’s CEO, Tewolde GebreMariam. The problems are related to the Rolls-Royce Trent 1000 engines, which, coupled with the MAX groundings, have resulted in a “severe shortage of aircraft”, GebreMariam noted. Out of the 23 total Dreamliners the airline operates, ten of them are powered by the Trent 1000 power plant.