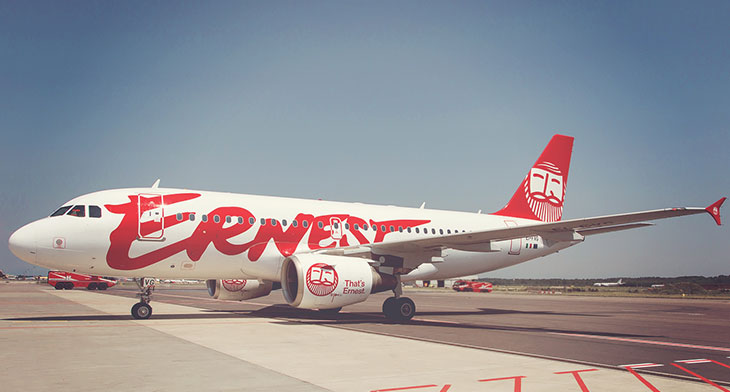 The new year has hardly begun and news of the first airline to cease operations has already been made public. Ernest Airlines, a LCC based in Italy will stop operations in January 2020. The civil aviation authority of Italy (ENAC) announced that Ernest Airlines’ operating licence will be suspended if the carrier does not provide the required documents according to the European Union’s Regulation No. 1008/2008.

The deadline for the Italian LCC is set for January 2020, which means the airline has to pass the appropriate documents across beforehand to ensure that operations can continue without interruption. The ENAC cited the decision to allow the airline to operate for two weeks in order to ensure connectivity “in consideration of the current holidays, as well as the Ukrainian New Year.”

Ernest Airlines has a fleet of four A320s and one A319, and provides routes to select countries in Europe, but with most routes focussing on connecting Italy with East European countries such as Albania, Russia and Ukraine. The carrier did hope to increase its fleet in 2020 with a new A320neo aircraft.

“The licence can be restored following a demonstration by Ernest S.p.A. to be in possession of the requirements prescribed by the current legislation on the matter and to obtain the renovation of the provision issued by ENAC,” states a press release by the airline.

“In the meantime, in compliance with provisions of the Authority, sales of transport contracts have been blocked for all flights departing from January 13,” which will have a significant impact on the cash flow for the carrier, in a period when the booking period is traditionally a quiet period for LCC operating in Europe.

The EU Regulation indicates that a carrier’s AOC can be suspended if there are clear indications of an airline in financial trouble, including insolvency. But, as Ernest Airlines still has time to provide the necessary documents may indicate that the company has not provided its audited accounts for FY2019 as indicated in the Regulation’s Article 8(4), which allows for the ENAC to suspend the airline’s operating certificate.