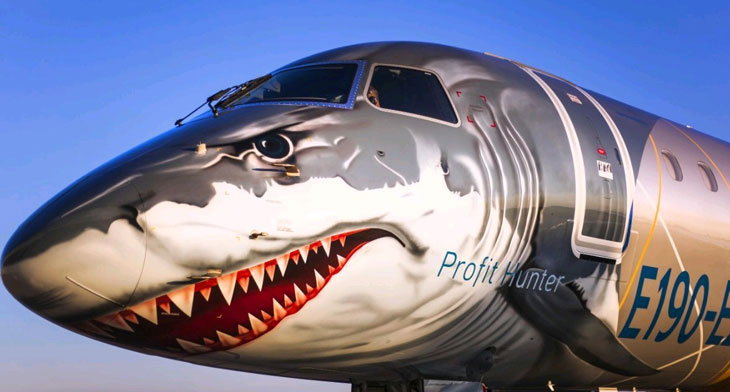 Embraer will deliver the first E190-E2 to Fuzhou Airlines, the launch customer in China for the aircraft type, by the end of the year.

China is already the world’s second largest market for E-Jets, says the Brazilian manufacturer, which has so far delivered 153 commercial aircraft in the region. “We are eager to present this game-changer aircraft to our Chinese operators,” said John Slattery, president and CEO of Embraer Commercial Aviation. The E190-E2 has so far achieved a schedule reliability rate of 99% since starting operations with the global launch operator, Widerøe of Norway, in April this year.

“The efficiency and reliability of E-Jets E2 will enable airlines to profitably grow and open new markets,” added Guo Qing, vice-president of sales and marketing in China for Embraer. He highlighted the E2’s take-off and landing performance for serving thin-margin high-elevation airports and routes.

The Brazilian OEM is flying its shark-nosed demonstrator aircraft around China over the next couple of weeks, visiting several challenging airports to show its capabilities. It has already toured the US, Africa, Europe and most recently Asia Pacific, where it demonstrated long-range capability with flights of almost six hours.

The demo trip will include a static display debut at the 12th China International Aviation & Aerospace Exhibition held from 6-11 November in the southern Chinese city of Zhuhai. Compared to the first generation E190, the E190-E2 burns 17.3% less fuel and has a maximum range of up to 5,300 km (1,000 km more than the prior E190). It is also claimed to reduce maintenance costs by up to 25%, with maintenance intervals of 10,000 flight hours for basic checks. This equates to an additional 15 days of aircraft utilisation in a 10-year period, it says.