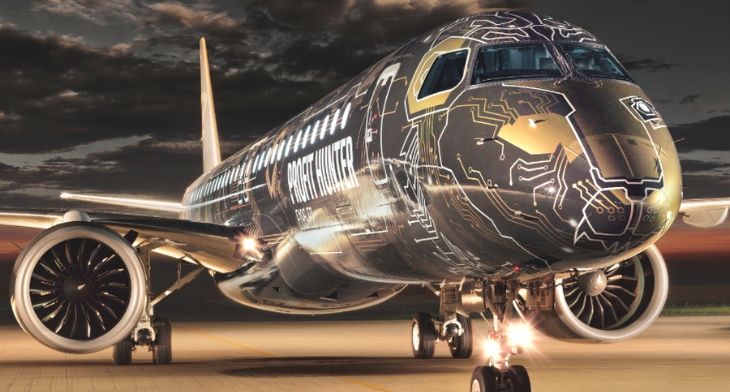 A press statement by Embraer has confirmed that its newest commercial jet, the E195-E2 is to enter service within the next few months. In addition to the launch customer, Azul Linhas Aéreas Brasileiras, the Spanish airline Binter Canaris is also due to receive its first E195-E2 later this year, Embraer has revealed.

Embraer confirmed the E195-E2 is included within its financial results for the second quarter of 2019, statement, released on 14 August.

The company stated, that the E195-E2 flight tests revealed a 1.2% “lower than expected” fuel consumption, meaning the new generation E195 uses 25.2% less fuel per seat compared to the current-generation E195. Embraer said that maintenance costs of E915-E2 are also 20% lower.

Embraer has stated that it has 124 firm orders for the E195-E2 and 50 options. The most recent were received from Nigerian airline Air Peace and Great Dane Airlines. With an order for ten E195-E2s, and options for another 20, Air Peace will be the first African-registered operator of Embraer’s new-generation E-jets.