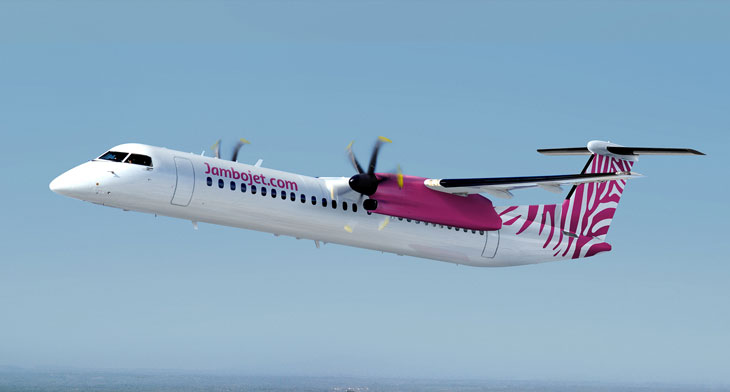 The Irish leasing company has confirmed it has delivered the Next Gen Q400 aircraft, MSN 4110, on lease to the African airline. It is the second of the 78-seater aircraft type delivered by Elix to Jambojet this year, following the delivery of Q400 MSN 4554 in March. The carrier has several other Q400s also in operation from other lessors.

The Nairobi-based subsidiary of Kenya Airways currently operates to Eldoret, Kisumu, Malindi, Mombasa and Ukunda, while its first international route to Entebbe has achieved solid growth. The airline has now flown over two million passengers.

The turboprop aircraft leasing specialist was established in 2013 to offer solutions to airlines operating in the regional aircraft market and has built a portfolio of Bombardier and ATRs with more than 20 lessees worldwide.