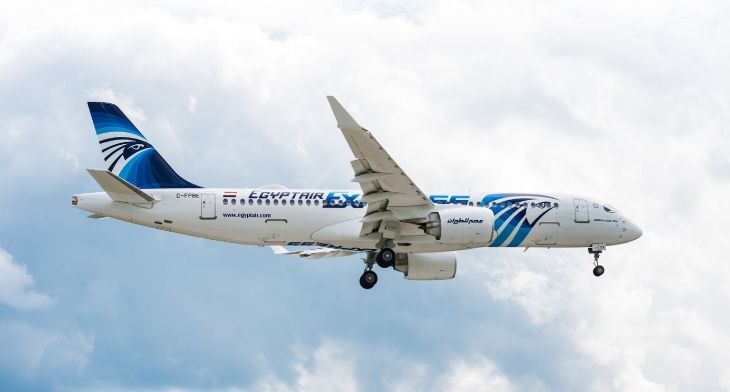 EgyptAir performs maiden flight with its Airbus A220

The first A220-300 delivered to EgyptAir has taken its first flight. It is the first of 12 on order. The A220 lifted off from the Airbus A220 production line at Mirabel, Quebec before performing a test flight over the local area.

The airline initially ordered the aircraft as the Bombardier CS300. But when the programme was sold to Airbus, and renamed the A220, EgyptAir elected to continue with the order. The only difference being the manufacturer’s name on the nose of the aircraft.

EgyptAir is the fifth customer to receive the A220-300, and the sixth operator of the type so far. The new aircraft will be used on the airline’s regional arm, EgyptAir Express, which currently has ten Embraer E170 aircraft in its fleet. Along with the original order, a further option for an additional 12 aircraft has been placed.