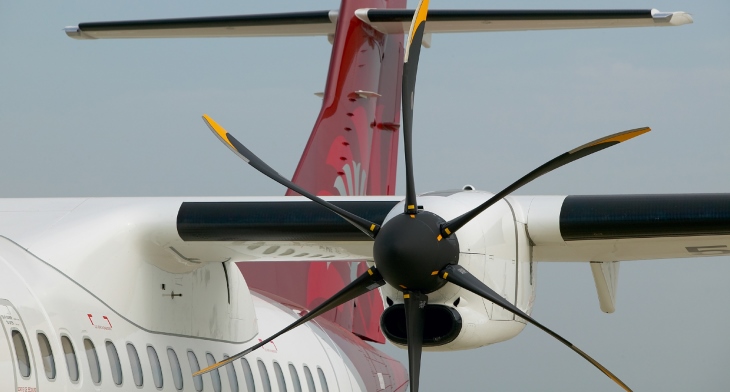 With more than 3,000 new turboprops forecast to be delivered over the next 20 years, according to ATR, their role in enabling and enhancing regional connectivity in emerging markets remains indisputable.

While the United States remains stubbornly jet-centric for now (although with increasing interest here and there at the smaller end of the scale), the rest of the world continues to embrace turboprops with enthusiasm, helping to contribute towards an estimated market valued at over US $80 billion.

The sweet spot remains the shorter distances, of course. Of ATR’s turboprops in service, 82% fly less than 250 nm. An interesting breakdown showed that in terms of number of flights by distance in 2017, in the segment between 100-199 nm more than 1.54 million turboprop flights were flown compared to just under 600,000 regional jet flights.

A big believer in turboprops is European regional airline Flybe, which recently decided to focus on Bombardier’s Q400s as the backbone of its operational fleet. The airline’s average flight time is 53 minutes, but it sees a natural sweet spot between its use of Q400s and a number of Embraer E175s it has on order and will receive by the end of 2020 (it’s moving on all its existing larger E195s) to serve some of its longer flights. Flybe’s evolving strategy indicates that, as with most things in life, the answer is not usually just one or the other but somewhere in-between.

You can read the full details of ATR’s turboprop market forecast and Flybe’s ongoing transformation in the next issue of LARA magazine.