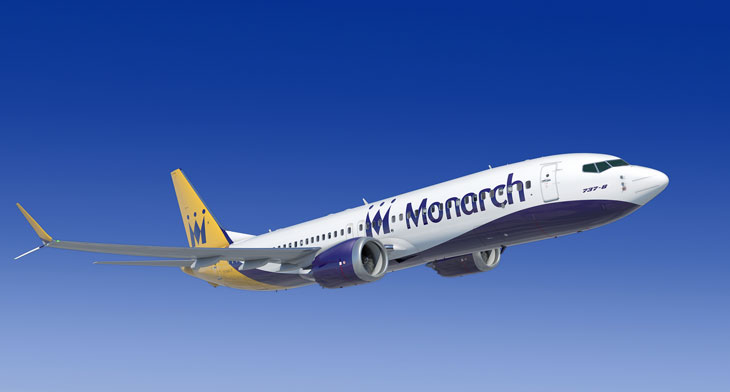 As usual at the start of a new year, there’s been a mixture of good news and bad greeting those of us lucky enough to have had a few days away from our desks over the festive period.

Sadly that festive feeling was short-lived for some, with the (not unexpected) revelation that Monarch Aircraft Engineering Limited had finally gone into administration despite the best efforts of its management and owners. Knowing that 450 people have lost their jobs in the commercial aviation business is never a nice feeling, and it is to be hoped that the majority will find their way into alternative aviation employment.

It’s also a sad moment to witness the last remnant of Monarch Airlines, established over 50 years ago, finally disappear, a little over 15 months after the airline itself went bust. A click on MAEL’s former website address shows only a stark message about the joint administrators at KPMG being appointed, and referring interested parties to the administrator’s web page.

There was some better news, in that the majority of MAEL’s line maintenance operations were quickly transferred as going concerns to a number of different parties. Its operations at Gatwick, Birmingham, East Midlands, Newcastle and Glasgow Airports largely went to the Morson Group, while the Luton Airport operations went to Storm Aviation. Certain Gatwick-based employees, meanwhile, found themselves transferred to Boeing.

Flybe also picked up further operations at Manchester and Birmingham Airports, not long after the cessation of the maintenance contract in late November last year.

The search goes on for a buyer for MAEL’s base maintenance facilities, as well as for its relatively small CAMO division and – perhaps most worrying – the training academy, comprised of an engineering training school in Luton and an apprenticeship programme with 53 trainees.

On a much brighter note, US airline JetBlue’s confirmation – along with another by its creator David Neeleman for his nascent US carrier ‘Moxy’ – of orders for 60 Airbus A220-300s each was far nicer reading for the start of the year.

Interestingly, Airbus will produce all of them at its new assembly facility in Mobile, Alabama, construction of which gets underway this month directly adjacent to its existing A320 assembly facility.

Neeleman said the former Bombardier CSeries aircraft was “the right airplane for a new airline that will be focused on passenger service and satisfaction” and added that its “ability to operate profitably in thin, underserved markets across a broad spectrum of ranges is unique.”

Here’s to hoping that the good far outweighs the bad for the low-fare and regional airline sector in the 12 months ahead of us.