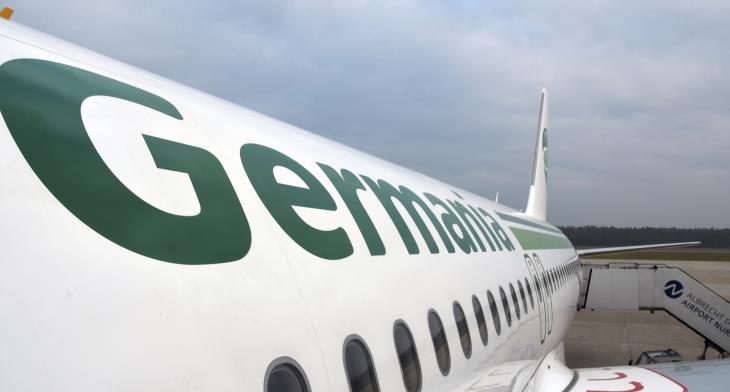 Last year saw many hurdles in the race to the top for airlines worldwide, with rising costs in 2018 squeezing profitability and leading companies to watch their spending with increasing intensity. Low-fare and regional airlines in Europe were particularly affected by the hike in fuel prices over summer and the intense competition in the short-haul market.

This week has brought news of the latest in a string of airline insolvencies, as the independent German airline, Germania, filed for insolvency on 4 February and has terminated flight operations.

The airline cited “unforeseeable events” such as the “massive increase in fuel prices last summer” and the weakening of the euro against the US dollar as leading to a short-term liquidity need. The airline also pointed to delays in phasing aircraft into its fleet, as well as “unusually high” aircraft maintenance events as “major burdens” on the company.

The airline and its sister maintenance company, Germania Technik Brandenburg filed for insolvency and flights were terminated in the night from 4 February to 5 February. Swiss airline Germania Flug AG and Bulgarian Eagle are not affected.

The unfortunate end of the airline marks the latest in a number of European airlines to cease operations over this winter, including the long-haul low-fare carrier Primera Air and the Cypriot airline Cobalt Air, both of which ceased operations in October.

The announcement follows the news that low-fare airline Ryanair reported a net loss of €20m for Q3 (excluding Lauda), highlighting weaker air fares due to the overcapacity in Europe. The airline saw traffic grow 8% to 33 million passengers in Q3 but also saw a 6% decline in average fares, due, it claimed, to “excess winter capacity in Europe.”

Commenting on the market, the airline said: “Higher oil prices and lower fares have over the past four months seen a wave of EU airline failures,” and in a prediction of the news to come in overnight, suggested: “We expect more closures and airline failures in 2019 due to overcapacity in the European market, which is causing continued fare weakness.”

Looking ahead to its Q4, Ryanair said it “cannot rule out further cuts to air fares and/or slightly lower full year guidance, especially if there are unexpected Brexit and/or security developments” and warned the excess short-haul capacity could continue through 2019, leading to a weaker fare environment.

In its 2019 forecast, The International Air Transport Association (IATA) said it expected European carriers to report a $7.4bn net profit (down slightly from $7.5bn in 2018), suggesting: “Intense competition is keeping yields low and regulatory costs are high.” IATA also suggested that the positive impact of lower oil prices would be delayed by high levels of hedging in the region.

In the intensely competitive short-haul environment in Europe, it seems that, though fuel prices have lowered in recent months, airlines cannot afford to take their eyes off the ball, and that the “laser focus” many have on costs will be ever more necessary.