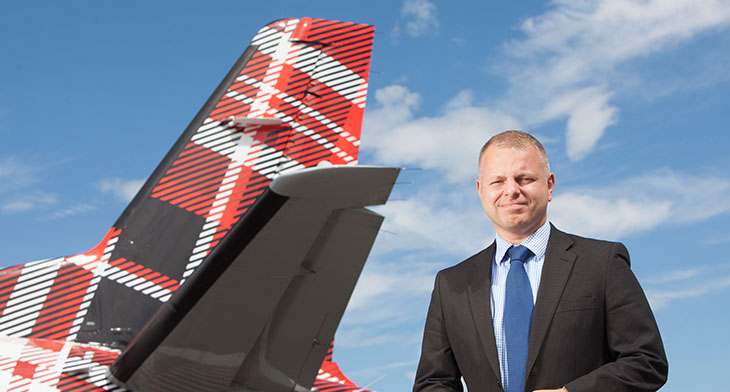 It’s a bumper time for aviation events. Times may be challenging, but no one can claim there’s not something new to be heard somewhere.

Last week it was the turn of regional carriers to come to the fore at the European Regions Airline Association (ERA) annual assembly in Edinburgh, Scotland and they didn’t disappoint. The three winners of the ERA’s airline of the year categories are operators that have shown remarkable adaptability.

Bronze award winner Titan Airways deserves massive plaudits for its work following the collapse of Monarch Airlines last year. How it created, in close co-operation with the UK’s CAA, a ‘pop-up airline’ to repatriate over 80,000 passengers in just 14 days is outstanding. Deservedly, it also helped the 30-year-old airline achieve a turnover of over £100 million in a financial year for the first time in its history.

Canary Islands-based Binter is another celebrating its 30th anniversary (in five months’ time). It won the silver award, with its president, Pedro Agustín del Castillo Machado, describing last year as “very intense” for the transport sector in the islands. Despite this, it has remained the market leader in flight connections and has taken major strides forward in growth areas such as the design and production of aeronautical parts.

Perhaps most impressive though is Scottish regional airline Loganair, the gold award winner. The rebuilding of its commercial infrastructure since its franchise agreement with Flybe was summarily axed last year, while continuing to serve its remote community network is admirable.

Managing director, Jonathan Hinkles (pictured), said the award was “a tremendous privilege, highlighting everything Loganair has achieved since flying solo last year. Everyone in the team has worked incredibly hard to build a regional airline providing sustainable and reliable services for the communities to which we fly.”

It is upgrading its fleet, gradually adding Embraer E145s, E135s and ATR 42-600s to replace its ageing fleet of 17 Saab 340s, five Saab 2000s and three Dornier 328s over the next five or six years. It will be keeping its three smaller Twin Otters and two Britten-Norman Islanders for its specialist island routes.

It also now codeshares with British Airways, KLM-Air France, Turkish Airlines and Emirates, and in BA’s case has seen a 40% increase in customers using connections.

It is even partnered with Cranfield University to research the very realistic possibility of using electric propulsion on its Islander aircraft by as soon as late 2021. Quinquagenarian carrier Loganair an aviation technology pioneer – who would have thought that a year ago?

LARA is at MRO Europe in Amsterdam this week. Look out for our tweets and coverage online.