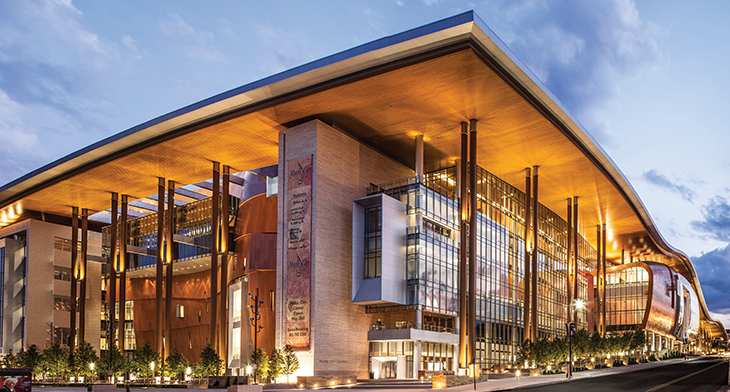 The Regional Airline Association (RAA) convention in Nashville, Tennessee, could not have been more different from that of the ERA’s held in Prague earlier this year. As country music rung in my ears, as I made my way from the convention centre to the hotel at the end of the second day, there were those familiar phrases – ‘pilot shortage’ and ‘connectivity’. They were some of the key points raised at the ERA’s conference a few months earlier and, in the land of opportunity, amid the flashing neon signs, cowboy hats and guitars, the US regional airlines were facing the same problems.

Being America, they have the financial resources to do something about it. It’s just a case of the future potential pilots being there? Interestingly, the additional ‘aircraft technicians’ shortage was raised during one of the presentations, as this too is likely to begin impacting operators within the next few years. If a solution or similar approach isn’t introduced soon, we will see airlines seeking ‘ground techs’ as much as pilots. Within the next 15 years half of the commercial pilots currently flying will be retired. For aircraft technicians the problem could come even quicker, leaving aircraft stranded in the hangar or at the gate. As one speaker pointed out: “You may be able to train a tech’ slightly quicker, but the ones I know have more than 30 years’ experience – you can’t hire that skill straight out of college.”

So, it was clear that the RAA has a lot of work to do but won’t shirk away from these challenges. As far as members of the organisation were concerned, their work had already begun by getting Capitol Hill to finally recognise that there is a global pilot shortage, that the regionals are vital to the economy of the US.