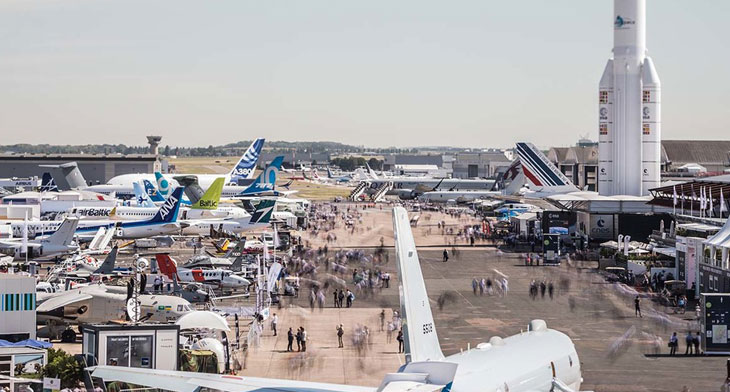 I write this as LARA has less than a week to go to the Paris Air Show. The world’s aviation industry is poised to reveal a wealth of new developments, which we will be reporting on in the magazine’s next issue, as well as across our digital formats.

All the manufacturers are keenly aware to ‘tick’ that environmental box, whether in terms of construction or the use of bio-fuels, to ease the impact their aircraft make in flight. Whether being profitable, as well as being friendly to the skies they fly, is possible, is a solution that aircraft manufacturers and airlines now have to balance. But it’s an issue that can’t be ignored for too long.

It’s likely that several electric-powered aircraft projects will be unveiled in Le Bourget. For the regional airlines, the prospect of a viable electric-powered commercial aircraft is not too far away by all indications.

The show also comes at a time when the commercial airline market is under intense scrutiny; the Boeing 737 MAX issue has still not been completely resolved and is now in the hands of the FAA and EASA. Sukhoi’s SSJ-100 Superjets are currently undergoing a fleet-wide inspection to ensure the safety of the aircraft, and then there’s Boeing’s new partnership with Embraer – to be called Boeing Brazil – Commercial.

An emerging development appears that Mitsubishi is interested in acquiring Bombardier’s regional jet programme. How this potential deal will be resolved will be extremely interesting, given that Mitsubishi also has its own regional jet, the MRJ 90, close to entering the market. The Japanese company is also about to unveil details on a new ‘drastically redesigned’ MRJ called the Space Jet at Paris. This new revamped aircraft is aimed firmly at the lucrative regional jet market in the US.

There’s likely to be some interesting ‘spin’ at the press briefings and awkward questions asked by ‘us’, the aviation media this year.

It’s shaping up to be an interesting week at the show. Be sure to check LARA’s Twitter and online news pages for regular updates as they happen and an in-depth report in the August/September issue.