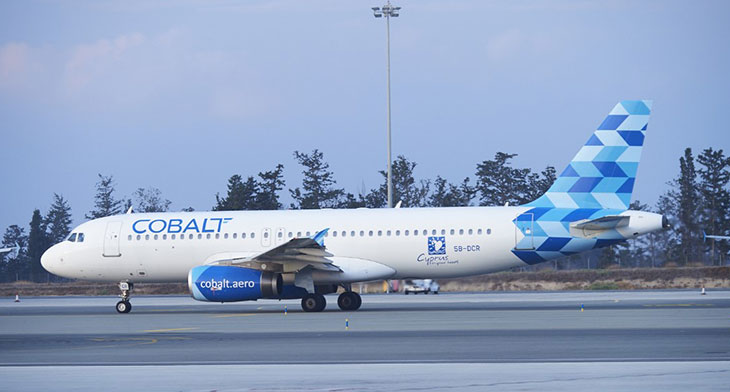 It’s not always gratifying when something you have forecast is proven to be true. I take absolutely no pleasure in first hearing and then writing about the latest airline demise, that of Cypriot carrier Cobalt Air.

The operator’s collapse and “indefinite suspension” a few days ago due to a lack of fresh funds from its Chinese backers – for whatever reason – was a surprise to many. Since starting up in June 2016, the past nine months in particular had seen it make a series of encouraging announcements as it operated its six Airbus A320 aircraft to destinations across Europe and the Middle East.

In June, it entered into an interline agreement with Etihad Airways as it ramped up its network growth plans into the Middle East and Asia, while a month earlier it introduced a new wireless IFE platform on its aircraft to further improve the passenger experience. Just last month, it introduced a frequent flyer programme called ‘Cobalt Elements’, while in March this year it also became a member of IATA – a rapid rise indeed.

Back in February this year Cobalt’s CEO, Andrew Madar, talked about the airline’s “positive progress” and its strategy to transition rapidly from a low-fare to a full-service carrier, which included the introduction of business class seats on selected routes with its A320s.

I commented in this very newsletter on 6 March 2018 of the importance of an airline staying true to its low-cost business model roots, and that Cobalt’s evolution – while understandable – was fraught with peril. Upgrading services to appeal to a higher level of passenger generally leads to rising costs, and, I wrote, “There is always a danger for rapidly-evolving operators that they may fly too far from their low-cost roots and kill the goose that laid the golden egg.”

I hate to say, ‘I told you so’. But following the recent collapse of long-haul low-fare airline Primera Air at the beginning of this month, and Belgium’s VLM (SHS Antwerp Aviation) and Switzerland’s SkyWork Airlines in September (along with the insolvency and restructuring of German carrier Small Planet Airlines the same month), insolvencies are becoming a depressing occurrence, even if they are not exactly a new experience for this industry. Dare we even remind ourselves of Air Berlin and Monarch just over a year ago?

When it comes to low-cost carriers, that word ‘cost’ is crucial. I’ve heard plenty of the (so-far at least) successful budget and regional airlines talk ad nauseum about a “laser focus” on costs and capacity, especially at times when major budget items like fuel are dangerously loose cannons to have to deal with.

But the mantra of cost control is indeed an absolute truth in this sector, and pretty much everyone knows this. Step too far and too quickly away from that philosophy, like Cobalt appears to have done, and an airline is immediately exposed to the danger of getting the blues – permanently.