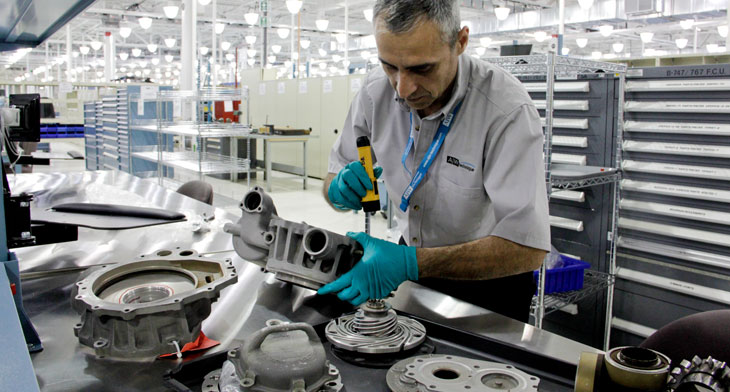 Many of the best-loved stories follow a traditional narrative structure or arc, as identified by the theorist Todorov, that moves characters through a journey of growth. And while many might be reflecting on their favourite stories during National Storytelling Week, which falls on the 26 January to 2 February several companies have been celebrating the start of new chapters in their books.

Expanding its geographical reach, C&L Aerospace announced the opening of a new satellite office in Singapore to focus on commercial and regional aircraft engines and part sales, and allowing it to better serve its customers in Asia.

Also triumphantly celebrating its recent achievement, AJW Technique has secured Japan Civil Aviation Bureau (JCAB) approval under the Bilateral Aviation Safety Agreement between Transport Canada and JCAB – making it the first independent components MRO to gain this approval under the Bilateral Agreement. Gavin Simmonds, chief operating officer for AJW Group called the certification from JCAB “a fantastic achievement” adding: “The certification gives us greater trade capabilities within the Japanese market, and will thus enable us to further increase the reach of our bespoke services and trade capabilities in the country.”

The certification achieved under the Technical Arrangement for Maintenance between Japan and Canada enables AJW Technique to supply new support capabilities and supply chain efficiencies to trade businesses looking at supporting operators directly in Japan.

Also hoping for its ‘happily-ever-after’, the low-fare, long-haul carrier Norwegian announced its aims to strengthen its balance sheet “through a fully underwritten rights issue of three billion NOK.”

The airline has been shifting its focus from growth to profitability, and in the latest in a series of moves to improve profits, the airline announced its aims to increase its “financial flexibility”, with CEO Bjørn Kjos commenting: “Going forward we will see an increased focus on cost savings and CAPEX reductions. We will now get in place a strengthened balance sheet that supports the further development of the company. We are very pleased to see that our main shareholders offer strong support in a time where the market is still challenging. With the strengthened balance sheet, the organisation can now devote all its attention to further development of the company.”

As the arc keeps rolling, we await to see what new hurdles or triumphs are ahead of our regional and low-fare aviation protagonists.