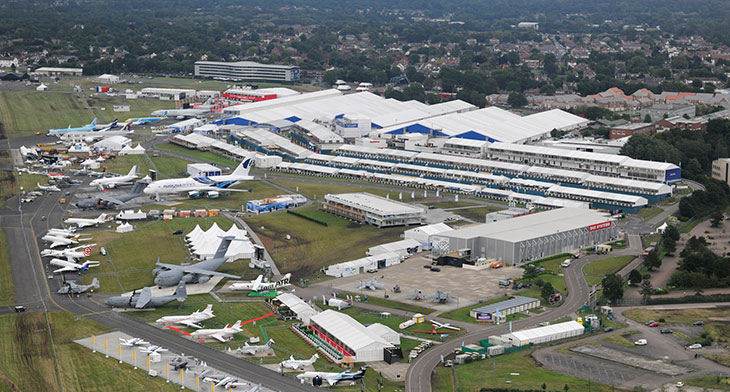 With less than three weeks to go until the Farnborough Airshow in the UK, aircraft manufacturers are starting the familiar process of unveiling contracts and commitments ahead of the show.

It’s always hard to say how much will actually be announced at the aviation extravaganza, but Airbus, Boeing and Bombardier clearly felt it was worth carrying out some pre-emptive strikes in recent days, announcing welcome additions to their order books.

In Europe, an order with Airbus by Greek regional carrier Aegean Airlines was already known about from an MoU signed earlier this year, but it officially firmed up its plans and will buy 30 A320neo family aircraft – 20 A320neos and 10 A321neos. The airline’s management have done an outstanding job in developing it amidst a challenging domestic financial environment, showing admirable resilience to emerge with solid plans to grow its existing fleet of 49 Airbus aircraft and remain competitive.

On the other side of the pond, Delta Air Lines’ US $961 million firm contract to buy 20 CRJ900 regional jets is a major fillip for Bombardier Commercial Aircraft as the manufacturer refocuses on the CRJ now that the CSeries is increasingly under the wing of new majority owner Airbus. The CRJ is fighting back against the likes of Embraer’s E-Jets, and Delta’s order is seen as a crucial endorsement in the US of Bombardier’s regional jet and its new-look Atmosphere cabin, which will be flying under the Delta Connection brand.

Boeing, meanwhile, revealed a commitment for 20 787-9 Dreamliners in a deal that would be worth $5.6 billion at current list prices, when it is finalised. Vietnamese startup airline Bamboo Airways is due to begin operations next year and has tentatively scheduled the aircraft for delivery from April 2020 through 2021 when it plans to launch its long-haul operations out of Hanoi.

We can expect more such announcements between now and the start of the Farnborough Airshow, as well as during show week itself. The good news for LARA’s subscribers is that you will receive updates on all things related to the low-fare and regional aviation sector as they happen, as we will be producing focused show dailies all week for those who subscribe to our e-newsletter. So make sure you are subscribed!