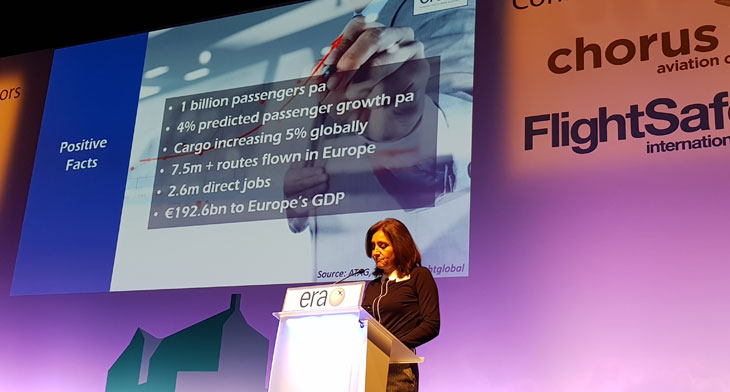 While the UK appears to be in freefall over Brexit, at the recent ERA conference in Prague the atmosphere was far more serene – although that’s not to say that the topic wasn’t mentioned.

The speakers and regional airline representatives at the event were taking the view of being prepared and had a number of positive plans already in place. Unfortunately, some of these are back-logged, not back-stopped, and awaiting European parliamentary approval.

While the media are looking at the big picture in terms of airline operators, it may be the small things that will hinder daily schedules for LCC and regional carriers. For example, Andrew Kelly, president of the ERA, raised the question of engineering and repairs and what issues may be faced in this field.

At present, if a regional carrier’s aircraft ‘goes sick’ in the UK, the required component can be sent to the UK accompanied by an engineer. They board a flight and head to the UK to resolve the problem.

A ‘hard Brexit’ will mean that is no longer possible.

Bringing an EU aircraft component into the UK, to be attached to an EU-registered aircraft, by an engineer who holds EU certificates which ‘may’ not be recognised by the UK’s CAA, could create a mountain of paperwork and significant delays.

The options? Do regional and LCC carriers stockpile components at two hubs – one in the UK and the other on the continent? Inevitably this leads to an increase in costs which will filter down to the ticket price.

I watched the television news commentators just prior to the ERA conference and their Brexit broadcasts from outside the House of Commons were reaching fever pitch. They gave the impression that the UK’s entire transport system will likely come to an end in due course, if a plan is not forthcoming.

But, for ERA members, it may be the small things that will make a difference in the near future. Hopefully the bigger picture will sort itself out in time. Either way, EASA, ERA, aircraft manufacturers and many others in the industry are working hard to ensure that every passenger in Europe will have a smooth flight, no matter what their destination.