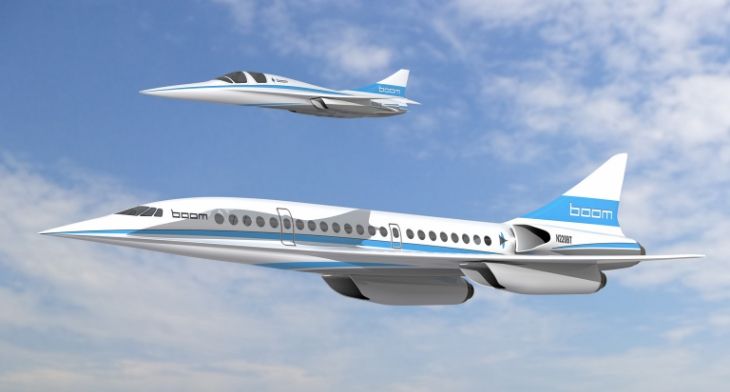 It’s a fine balancing act between pushing the boundaries of aviation technology and ensuring that environmental lobbyists are kept happy. No clearer indication of this delicate balancing act can be seen than with the desire to create the next-generation supersonic airliner or business jet. Several aviation start-up companies are looking to bring back the concept of supersonic flight for passengers, which ended back in 2003 with the grounding of the Concorde fleet.

Leading contenders are Nevada-based aircraft manufacturer Aerion, which was working with Lockheed Martin to build a twelve-seat business jet that can fly at Mach 1.2, without producing a sonic boom. It has since emerged that Lockheed Martin has dropped out of this project and teamed up with Boeing instead. Then there’s Colorado-based Boom with its quest to build a 55-seat supersonic airliner, which will sit within the regional or business-jet-size class.

Both companies have released countless artist’s concepts showing their aircraft at high-altitude racing across the Atlantic.

But it must be remembered that over Europe it’s unlikely that either design will reach this mythical barrier. Currently, the US Congress is trying to get the current ban on overland supersonic flights lifted, according to NBC. A similar law still remains in place for Europe and is unlikely to be lifted anytime soon.

The environmental lobby has already begun a campaign to discredit the need for supersonic commercial transport.

With the dawn of electric-powered aircraft, now at the testing stage, the concept drawings of these were distributed at aviation trade fairs five years ago; they have now become a reality. I wonder just how long it will be before environmentalists soon begin campaigning against this new remarkable aviation technological development as well? Hopefully the progress of commercial aviation won’t be seen as the ‘bad guy’ whenever innovative technology comes along.