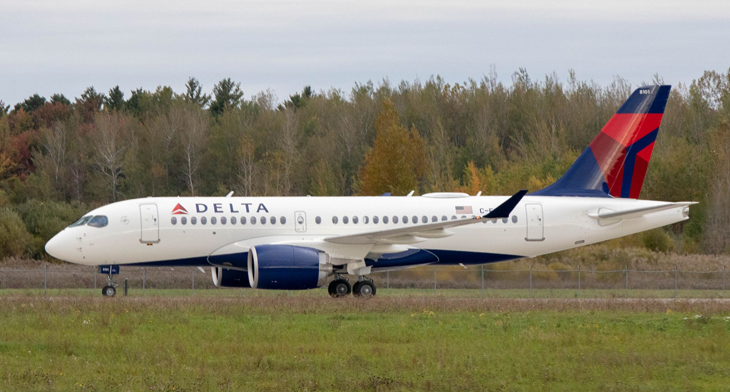 With fuel efficiency clearly on their minds, a number of airlines have spent the past week implementing their latest fleet transitions or receiving new aircraft.

Canadian low-fare carrier Flair Airlines signed a Letter of Intent for its first Boeing 737-800NG as it starts a fleet update that will see its first new aircraft start flying in January next year. It will transition its current fleet of seven B737-400s to the larger 800NG series mostly by the end of next year. The carrier says the upgraded fleet will help it continue to offer low fares by having more fuel-efficient aircraft that also have longer range.

Scoot, the budget arm of Singapore Airlines, meanwhile received its first shiny new A320neo. The airline has placed orders for 39 A320neos under its own fleet renewal programme, adding to its existing fleet of 27 A320ceo aircraft. It will use the aircraft mostly within its Asian network.

Delta Air Lines also saw its first A220-100 fly out of Mirabel Airport in Québec, Canada for the first time as pre-delivery testing continues ahead of its entry into service early next year. The aircraft, formerly the CS100, will be the first to be operated by a US airline. Delta has 75 on order and says its improved fuel efficiency and cabin comfort will be a key differentiator for it in the US market.

It’s not all about the big boys, however. Germany’s RUAG Aviation delivered a new Dornier 228NG turboprop to regional airline Aurigny Air Services, based out of the island of Guernsey off the UK’s southern coast, and which is steadily upgrading its own fleet. It’s the second such Dornier 228 from RUAG, which is the type certificate holder and original equipment manufacturer of the nimble aircraft, that can carry up to 19 passengers.

Aurigny and many others, including LARA, will be attending the European Regions Airline Association annual assembly in Edinburgh, Scotland this week to focus on the latest trends in regional aviation. Look out for our coverage online.