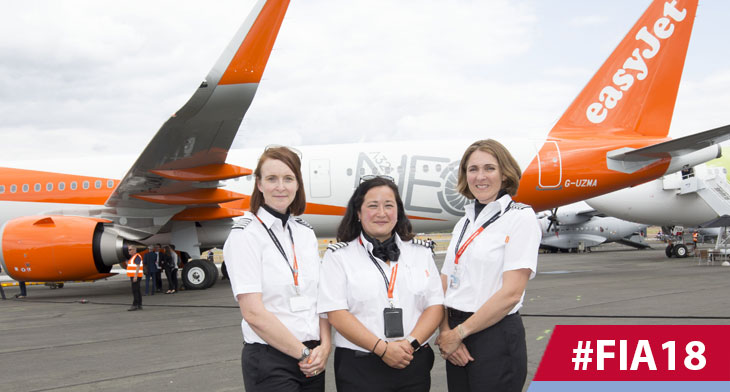 easyJet has taken new steps in its commitment to reducing its carbon footprint, revealing that it is now offsetting carbon emissions from the fuel used for all of its flights and signing a research agreement with Airbus for hybrid and electric aircraft.

The airline has announced that it will become the world’s first major airline to operate net-zero carbon flights across its whole network by offsetting the carbon emissions from the fuel used for all of its flights, from 19 November.

The airline will undertake carbon offsetting through schemes accredited by two of the highest verification standards, Gold Standard and VCS, including forestry, renewable and community-based projects.

“Climate change is an issue for all of us. At easyJet we are tackling this challenge head on by choosing to offset the carbon emissions from the fuel used for all of our flights starting today. In doing so we are committing to operating net-zero carbon flights across our network – a world first by any major airline,” commented CEO Johan Lundgren.

Lundgren pointed out that passengers are now thinking about the potential carbon impact of the various types of transport, adding: “But many people still want to fly and if people choose to fly we want to be one of the best choices they can make.”

To support the development of new technologies, easyJet has signed a Memorandum of Understanding (MoU) with Airbus related to a joint research project on hybrid and electric aircraft.

The pair will co-operate on three work packages set to define the impacts and requirements necessary for the large-scale introduction of next-generation sustainable aircraft on infrastructure and every-day commercial aircraft operations.

Lundgren expressed his “delight” at the partnership, commenting: “We will be working together to identify the detailed technical challenges and requirements for electric and electric hybrid planes when deployed for short haul flying around Europe. We hope this will be an important step towards making electric planes a reality.”

Over the past two years the airline has been supporting Wright Electric which is aiming to produce an all-electric ‘easyJet sized’ aircraft that could be used for short haul flights. The airline is also working with Rolls Royce and Safran on new technologies to reduce the carbon footprint of flying.

Continuing its commitment to sustainability, the airline said it would look to use sustainable aviation fuels (SAF) as they become available and commercially viable and while electric technology is still in development easyJet will continue working on short and medium term actions.

This could include introducing technologies such as e-taxiing and electric APUs and reducing carbon emissions from easyJet’s non-flying activities through the use of renewable energy for example.

Lungren concluded: “We also need governments to support efforts to decarbonise aviation. In particular they must reform aviation taxes to incentivise efficient behaviour, fund research and development in new technology and ensure that early movers such as easyJet are not penalised.”

This week easyJet also revealed it has exercised purchase rights to increase its fleet of A320neos by 12 new aircraft, taking the carrier’s total order for the A320neo family to 159 aircraft and its overall orders for Airbus single aisles to 480 A320 family.