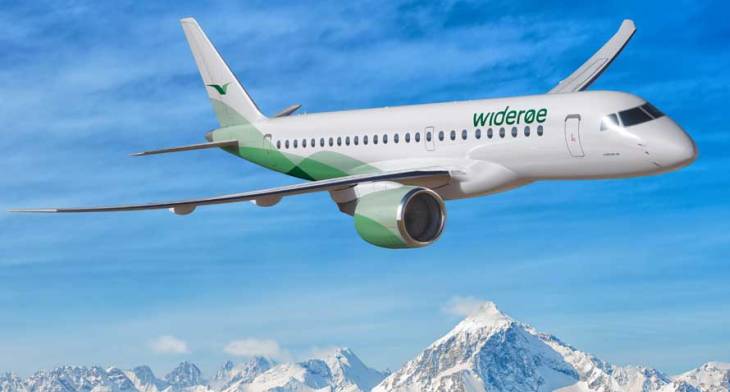 Flight testing of Embraer’s E190-E2 as it approaches certification is producing strong results, with the manufacturer saying its new narrow-body jet’s fuel consumption has proven to be 1.3% better than originally expected.

This equates to a 17.3% improvement compared to the current generation E190, and the Brazilian company says this is nearly 10% better than its nearest direct competitor.

It also added that the aircraft’s environmentally friendly qualities had also proven it to have the lowest level of external noise and emissions, with the cumulative margin to ICAO Stage IV noise limit rising from 17 to 20 EPNdB, resulting in it being 2 EPNdB better than its direct competitor.

Launch operator Widerøe will operate the inaugural commercial flight of the E190-E2 on 24 April from Bergen to Tromsø in Norway.

In terms of maintenance, Embraer says the E190-E2 will have the longest intervals in the single aisle market with 10,000 flight hours for basic checks and no calendar limit in typical E-Jets utilisation. “This means additional 15 days of aircraft utilisation in a period of 10 years compared to current generation E-Jets,” it states.