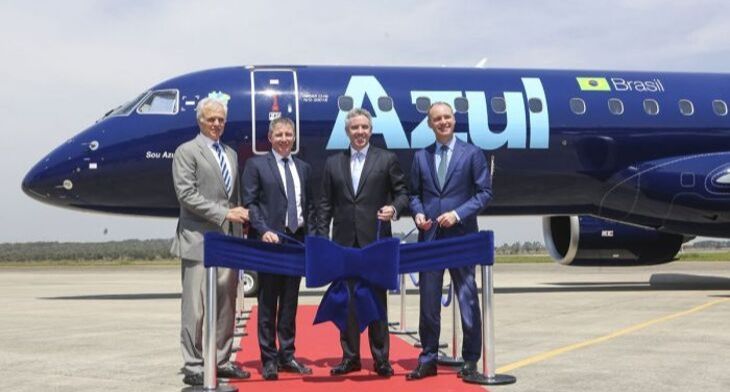 The 59 Embraer E2 jets ordered by Brazilian airline Azul have been postponed by up to four years according to an airline spokesperson. The jets were originally scheduled to arrive between 2020 and 2023, but the first example will not arrive until 2024 under a new agreement reached between the airline and Embraer.

As with many airlines, the impact of COVID-19 resulted in Azul making a significant network adjustment in April as a result of having 90% of its capacity cut compared to April 2019. The airline also reduced payroll costs and other expenses by as much as 50%.

“Azul entered this crisis as one of the most profitable airlines in the world,” said Azul CEO John Rodgerson. “There is no precedent for the scale of the impact of the pandemic on the Brazilian and global economy, and the moment of recovery remains uncertain. With the contribution of all our stakeholders, we believe that we will emerge from this crisis as an even stronger company.

“This agreement with Embraer to postpone the next aircraft deliveries until starting in 2024 is an important component of our recovery plan, which allows us to create a path to go through this crisis with liquidity. With this support, we are able to guarantee the necessary resources to optimize the airline that we will be in the future.”