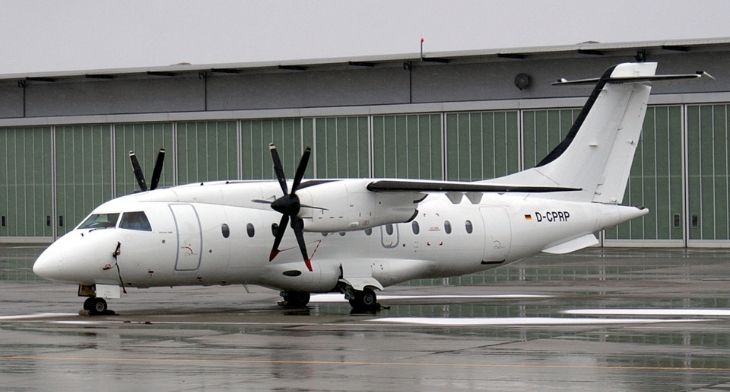 Dornier 328 is coming back with upgrades

Having been left for years in limbo, the Dornier 328 turboprop looks as though it will be re-launched with production being confirmed with the signing of a memorandum of understanding signed on 21 August between 328 Support Services, the German federal government, and the State of Saxony to establish a final assembly line for the D328NEU, an upgraded variant, at Leipzig/Halle Airport.

According to AINonline.com, the project will mean the establishment of a new German OEM, namely DRA GmbH, as a subsidiary of a US Commercial aerospace defence, and space firm in Sierra Nevada Corporation (SNC). The company has held the type certificate for Dornier 328 turboprop and its jet-powered counterpart since 2015.

The partners expect the programme to create up to 250 new jobs at the facilities in Leipzig and more than another 100 jobs at 328 SSG’s headquarters near Munich.

“Germany’s return to the design and building of a Part 25-category commercial aircraft is long overdue, and this new operation intends to create an aviation legacy founded on the heritage of an aircraft pioneer,” said Dave Jackson, MD of 328 SSG and DRA. We will be able to manage future developments of the D328NEU aircraft and exploit future technologies and capabilities to produce more efficient, economical, and environmentally friendly aircraft.”

No technical details of the future D328NEU, or its choice of engines have been announced, the company stated updates on the programme will be announced in the first quarter of 2020, with deliveries of the new aircraft starting in 2023.